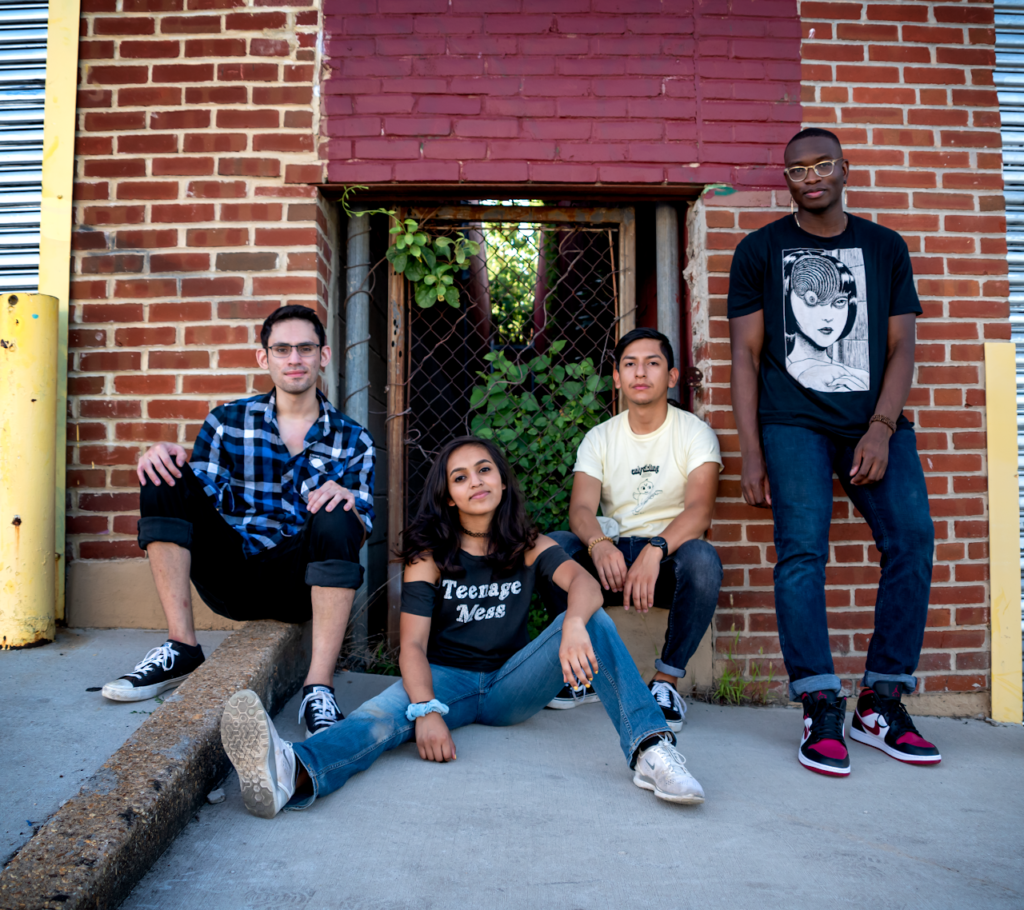 It’s been exactly one week since Pinkshift dropped their gamechanging new single “i’m gonna tell my therapist on you,” but if you haven’t heard of this fresh-faced Baltimore band then don’t worry because we’ve got you covered. Pinkshift has been bouncing around the DMV (DC-Maryland-Virginia for those who don’t know) since 2018, keeping things mostly local while they worked on their demo “Mars.” They released “On Thin Ice” back in March but their newest single has been doing numbers on social media this week and they just dropped a music video for it that you can watch below—trust me when I say that this is your opportunity to get in on the ground floor of the Pinkshift hype train and you don’t want to miss it.

You’ve probably heard a lot of contemporary bands described as “alternative” while being compared to various pioneers of the genre from the 90s or the early aughts, but that comparison has possibly never been more relevant to any band than it is to Pinkshift. The four piece made up of vocalist Ashrita Kumar, guitarist Paul Vallejo, drummer Myron Houngbedji, and bassist Erich Weinroth have built something simultaneously reminiscent of the washed-out grunge-y vocals of Garbage or early No Doubt while also incorporating the frenetic pop-punk-but-heavy instrumentation of bands like State Champs or Paramore. On “therapist” Vallejo’s playing feels like one continuous breakdown, counterpointed nicely by the few quiet moments where Kumar goes full Gwen Stefani accompanied only by Houngbedji’s drums and Weinroth’s bass before we circle back to the party together.

“I wanted to be able to reclaim that feeling of ‘looking cr*zy’ and make it something powerful that I hope others can relate to. In the video, I really tried to let go of the necessity to be ‘composed.’ I think it’s important to show that humans are something other than the straight faces, smolders, and smiles that we make them out to be.”

At the time of posting this announcement the video has almost certainly been described as “quarantine-core” by at least one person on Twitter, and it’s not an unfair moniker.

The story behind the shoot can best be summed up by Paul Vallejo:

“Honestly, when we wrote the song, we knew that we wanted a really hype video to go along with it. We didn’t expect to make it during quarantine but hey, we had a GoPro, an iPhone, and a 2006 camcorder and that’s all we needed to have a little fun!”

The manic energy of quarantine really shines through a combination of high-energy shots of the band playing (masked, of course) inside a sparsely decorated apartment, Kumar providing vocals in an empty bathtub, and interspersed footage of Kumar and Vallejo driving in a car: the ultimate (and only) expression of freedom these days. Special shout out to the extremely kind but concerned neighbor who cameos in the video just wanting to make sure everyone was okay.

Check out “i’m gonna tell my therapist on you” below and keep an eye out for more information about Pinkshift!