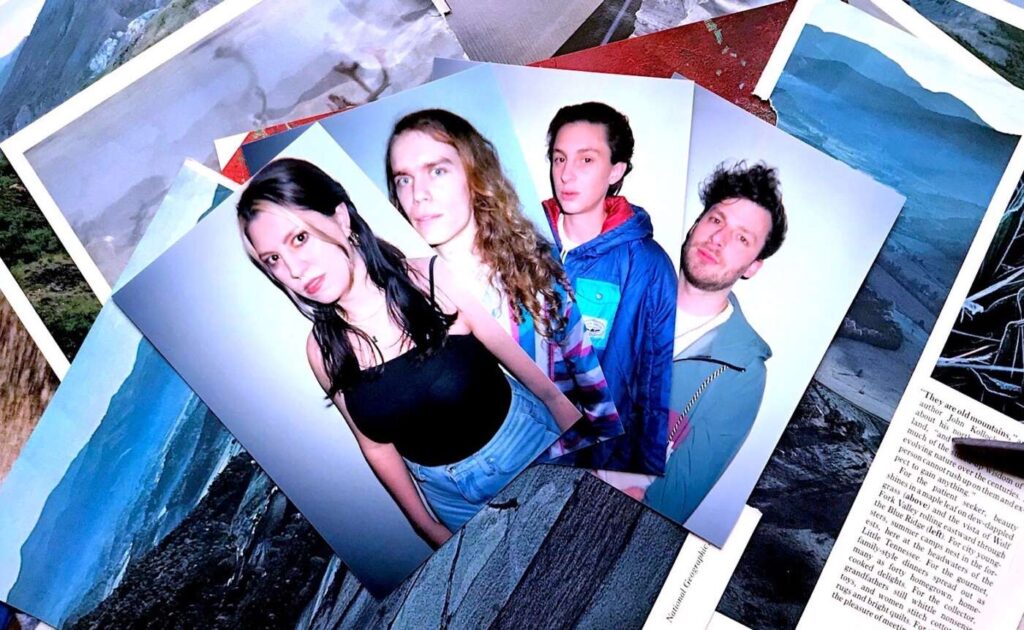 Brooklyn’s QWAM has released a new single entitled “IDC” along with an accompanying music video. The song can be found on their new EP, Little Bliss, which will be released via Montreal’s newest female operated label Reta Records.

“IDC” was written by Eddie Kuspiel before bringing it to the band. It is the first song to have verses sung by members other than Felicia. Eddie, who wrote the first verse and choruses says:

“I wrote this when I was pretty apathetic about everything and hadn’t been upset or genuinely excited about anything in a while. It annoyed me because I don’t like to play anything cool and it felt like the world was on fire on a large scale and a small scale but I was indifferent. So I tried to write about things that did make me mad, like environmental depletion and my knees hurting because I’m getting old.”

“My verse just piggy-backs on the idea that Eddie already had. I even stole his first lyric. It’s all very literal. I’ll bike anywhere regardless of the weather, and I was mooning over boys ordering coffee at my workplace and screwing up their orders. Come to think of it, I was probably responding to Eddie’s indifference with the tiniest bit of fuck you determination.”

Check out the video – which was shot, directed, and edited by Felicia Lobo – below: