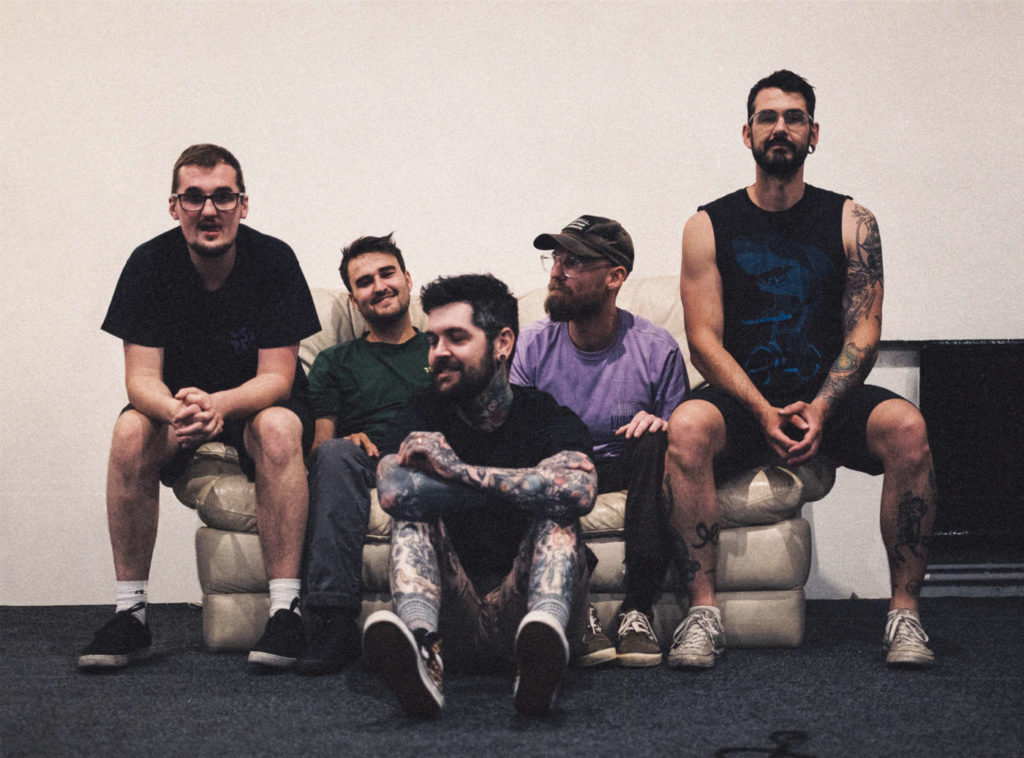 Today, we’re so very proud to be bringing you the debut single and an accompanying video from the UK’s Say It Anyway. The song, “Moments,” will be official out tomorrow on all major streaming platforms and will also be featured on a five track EP which will be released later this year.

The band formed during the summer of 2021, after Loz, Charlie, Daniel and Stu’s previous band – The Run Up – came to an end. Having just returned from a three-week tour of the USA and a week in Japan, the COVID-19 pandemic hit and drew a close to The Run Up’s future plans. After some reflection, it was decided it wasn’t to be to just pick up where they had left off. However, four of the five members decided to carry on making music together, taking forward the new songs and ideas they had written for their next record. They needed a new singer and that’s where Kristian Richards, former singer for UK Pop-Punk band Save Your Breath, came in. After continued writing and rehearsing throughout this year, they began writing their songs filled with nostalgic early 00s Pop-Punk and modern day Melodic Punk.

Bandmember Daniel had the following to say about the band’s forming:

“It all came together pretty quickly, to be honest. We spent twelve months writing and demoing new songs for The Run Up, which unfortunately didn’t pan out as we had planned. The four of us wanted to continue the journey – to make some more music, hit the road, and make friends in new places. We weren’t ready to let that go. So we decided to start a new project… Unbeknown to me, my fiancée is friends with Kris. When I finally put two and two together and realised he was the singer from Save Your Breath, I knew it would be the perfect fit, so approached him. Luckily things fell into place pretty quick from that point. We cannot wait to get these songs out there and play some shows.”

Check out the single and video for “Moments” below and keep checking back for more updates from Say It Anyway!