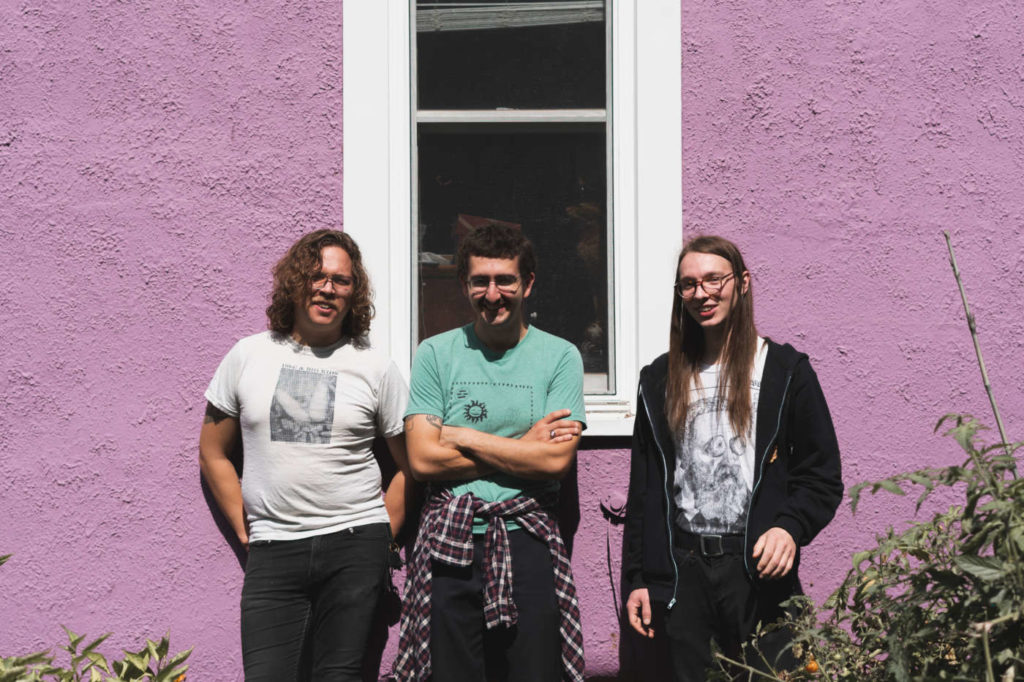 Kalamazoo Punk band Suck City will be unleashing their new record, entitled Fish, with help from local label Beet Knife on April 20th. If you’re from the Midwest, but especially the Kalamazoo area, you might be able to guess roughly what a Punk band releasing an album on 4/20 sounds like.There’s a grimy, cold, but cozy feel to everything here. It’s probably the air and the impending doom and the camaraderie living through it together it invokes.

Evan, Suck City’s guitar player tells me Fish marks a slight genre shift. After the subtraction of one member, the band’s sound definitely got rawer. Suck City’s self-titled EP was great, but where the songs on that felt rounded out nice and smooth, these new ones are decidedly sharper and angly. They were always a weirdo Post-Punk band but it seems they’re leaning beyond full force into it now. Next Sonic Youth? Who says no?

The video they are sharing with us today is a Motherhouse Ambient Session of the single, “Bike.” The performance took place at the Pedal Bicycle Shop in Downtown Kalamazoo in collaboration with Hemlock Media and Dynamic Sound Service. Watch it below and look for the new album on 4/20 here. You can probably hear the new songs live when they hit the road with Moss Jaw through mid-March (dates further below).