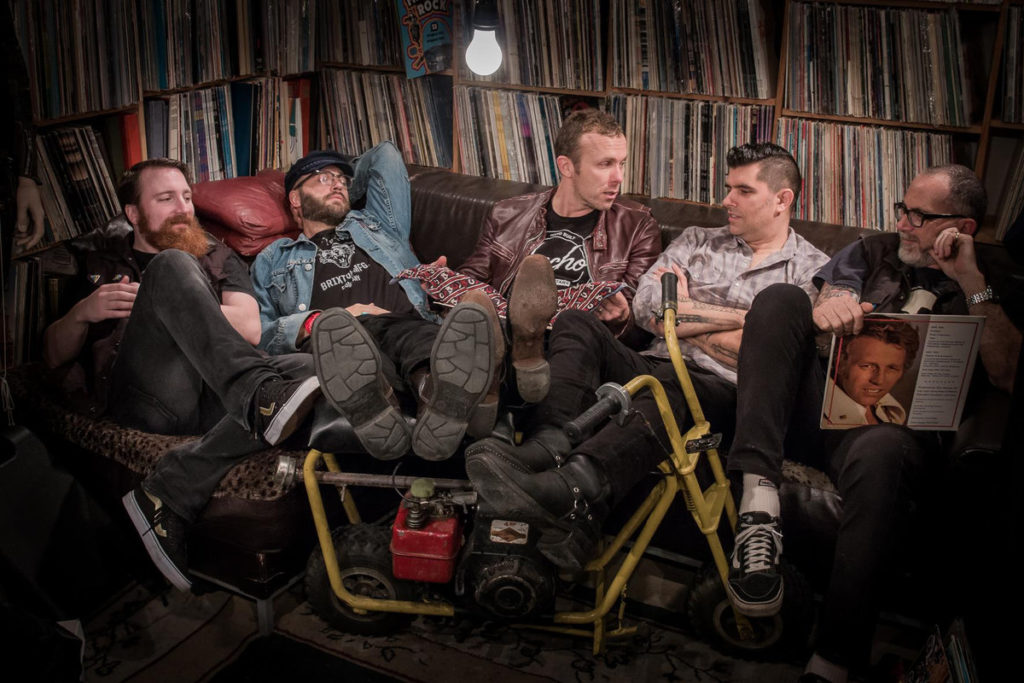 Vancouver Garage Punk band The Vicious Cycles has released a video for their song “High Noon Scramble.” The song is the second single from their latest album, Motorcycho, released through Pirates Press Records in June 2019.

The band wanted to pay homage to the annual High Noon Scramble event, organized by local dirt bike fiends Filth Mode Motorcycle Friends. The video was filmed at this year’s event and features a rowdy group of misfit dirt bikers, their friends, and community.

Bassist/Vocalist Beardo had the following to say:

“This crew has been getting high on a 2-stroke engine exhaust and adrenaline for over 10 years now, meeting at a *cough* undisclosed location to race dirt bikes and have a laugh. Wild costumes, questionably ‘engineered’ ramps to jump off of, and motorcycles racing in every direction make the High Noon Scramble a giant party on two wheels.”

“There’s good times, bad people, chaos, fire, beer, and maybe the cops… actually that sounds like a Vicious Cycles show! All of this action inspired us to dedicate a song and video to the ‘High Noon Scramble.’”

Check out the video for “High Noon Scramble” below