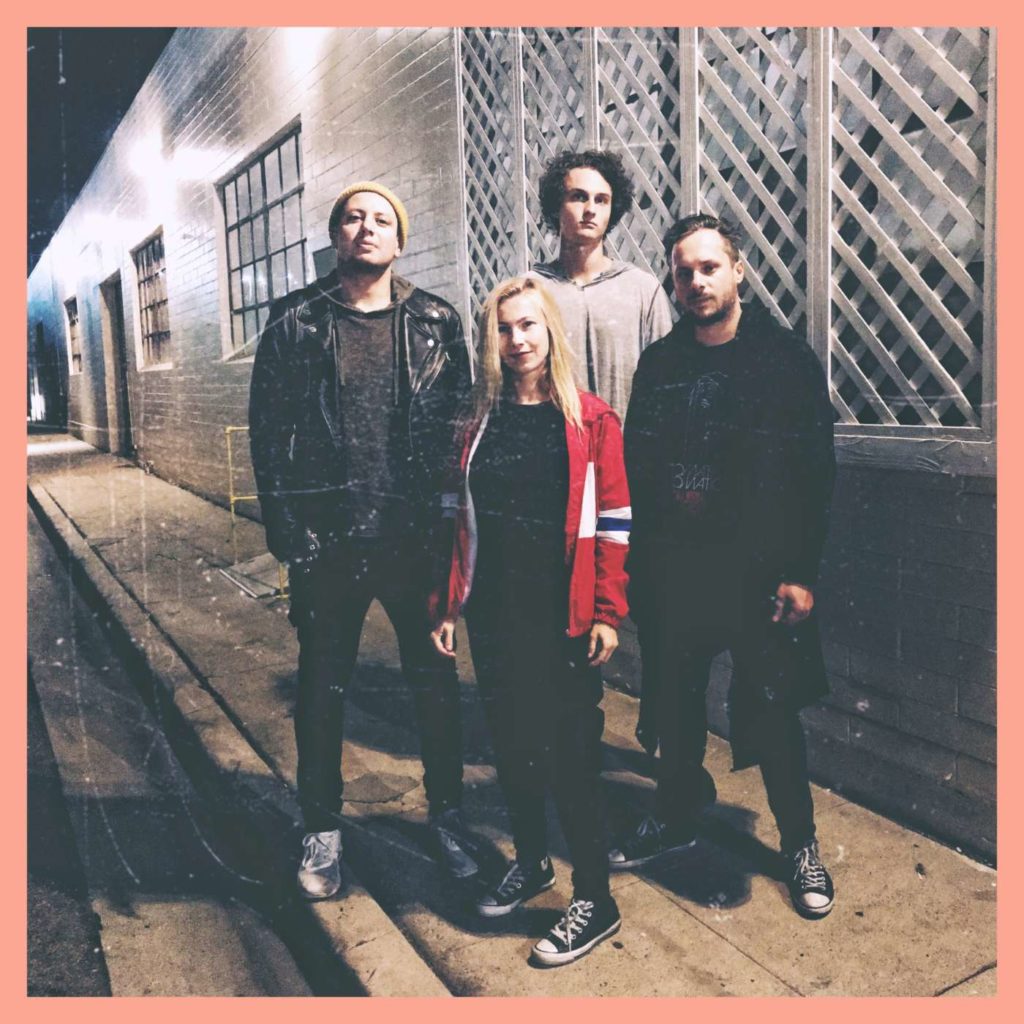 Los Angeles’ Yard of Blondes has released a new single and accompanying music video entitled “Hummingbird.” The song is the fourth single to be released off their upcoming album, Feed the Moon, out later this year. The album was produced by Billy Graziadei (Biohazard) and mixed by Michael Patterson (Nine Inch Nails)

The song was written in 2016 after the Ferguson unrest and the fatal shooting of Michael Brown. Unfortunately, the last year showed, with the murders of George Floyd and Breonna Taylor, that the song was still accurate and the deadly pandemic gave it an unsuspected new meaning. The video was directed by band members Fanny and Vincent and shows a menace coming at people who don’t have time to react. It spreads like a deadly virus among the population… sounds familiar?

“Fanny got the idea to film a lot of people repeating the same movement. They would be followed by an evil force and couldn’t escape it. Vincent loved the concept and then they called some friends and managed to gather them on a Saturday to film them with their iPhone 7. The cast of mostly amateur actors gave their best for his haunting collection of portraits. The end of the video shows all the bodies on the ground.”

Watch the video for “Hummingbird” below and keep checking back for more from Yard of Blondes!