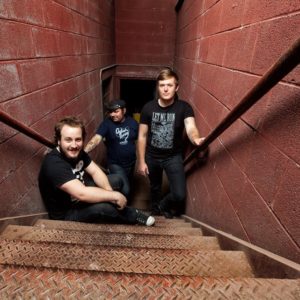 Almost People is a melodic punk band based out of Durham North Carolina. The band was started by long time friends Jonny Clousson(formerly of Jay Heart Montreal) and Scotty Sandwich(Death to False Hope Records / The Sandwiches) in the summer of 2011. The band has established themselves locally by supporting legendary acts like Smoking Popes, The Queers, Cracker, and Less than Jake along with upcoming acts like Dead to Me, Cobra Skulls, Banner Pilot, Nothington, and White Wives. They rounded out the lineup in 2014 with the addition of Kyle Cox(Ex-En Serenade/Drag Your Chains).