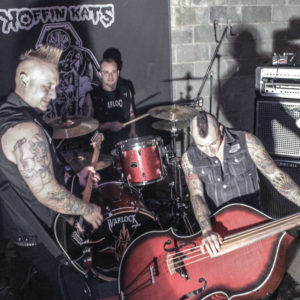 It’s been over 12 years since Vic, Tommy, & E-Ball started The Koffin Kats in their parent’s basements and played for beer in local Detroit bars. A psychobilly/punk band with influences ranging from The Damned to The Stray Cats, The Koffin Kats have covered a lot of ground. Eight albums later, a few member changes, and over 2,000 live shows from international tours… the founding lineup has returned in 2016.