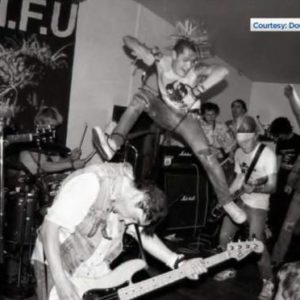 SNFU was a Canadian hardcore punk band that formed in 1981 in Edmonton, Alberta relocated to Vancouver, British Columbia in 1992, and became inactive in 2018. The band released eight full-length studio albums, two live records, and one compilation, and was a formative influence on the skate punk subgenre.