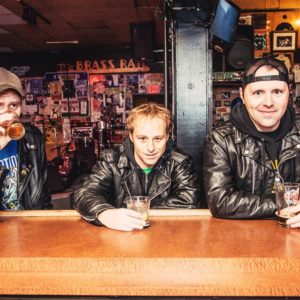 The Putz are a pop punk rock band based out of Indianapolis, IN, debuting in 2010 with the self-release of their first full-length album, “Hole In One,” recorded at the historic Sonic Iguana Studios with Philip Hill, mixed and mastered by Mass Giorgini. In 2012, The Putz simultaneously self-released EPs, “The Party of the Century,” recorded at Sonic Iguana Studios, and “Beach Bound,” record with and featuring Joe Queer. In 2014, The Putz released their second full-length album “Knock It Off” on Eccentric Pop Records. In 2016, The Putz released the remixed and remastered “Hole In One” on Mom’s Basement Records. In 2016, The Putz released their “Cut the Shit” EP on Something To Do Records. In 2017, The Putz will release their third full-length album, “Clinically Inane,” on Eccentric Pop Records.