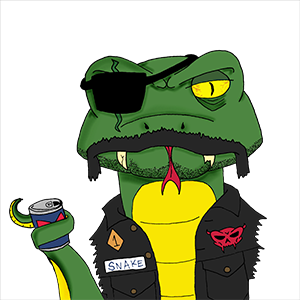 Even though the cargo bay was filled to the brim with Cameron’s amazing movie spacecrafts, none were fit for travel, as they were merely movie props. I asked James why he didn’t just build a ship that the Toms could use to travel to and from Earth. He said it wasn’t in the budget. Typical Hollywood guy. However, he was able to supply us with actual spacesuits and an inflatable raft for when we touch down on the lake. The late Tom’s ship wasn’t designed to float. Tom 3.0 hugged James and then ran off to our ship sobbing. This Tom had grown very fond of James so it was hard letting go, much like it must have been hard for Rose to let go of Jack while she hogged that whole door. I walked up to Mr. Cameron nd thanked him for the tour and the eyeball.

“It feels really good to see again. Looks like I can get back on the road when I return to Earth.”

He said it was no problem and thanked me for getting one of his clones back. I asked how he planned on getting the other Tom clone on Earth back up to his ship. He only responded with only two ominous words.

With that we boarded our ship. James informed us the blue beam would taxi us out into orbit and then we would need to fire our engines at a certain point to reach our landing window. Our visit was brief but memorable and now it was time to head home. James Cameron began walking back towards the hallway. He turned back for a brief moment and gave us a thumbs up. For some odd reason, I felt proud. It also felt like a scene from one of his dumb movies. We fastened ourselves into place in preparation to taxi off Cameron’s spaceship. Tom 3.0 switched on the intercom:

“Hey, whatever your name is… how do you fly this thing? Seriously I have no clue, I still need to learn how to play guitar!”

Before I could unbuckle myself and jump ship we were hit with the blue healing beam. Off we went, back into the void of space. Once again that feeling of utter peace embraced us both in that same symbiotic snare that I and the previous Tom were in. It’s hard to tell how long we were in suspended animation. But once the blue beam released us, we had to act fast to get the ship up and running. James Cameron’s blue man group did whatever repairs they could. But I had no idea if the engines would even fire up. It was all hope in one hand, shit in the other. One thing was certain however, if we didn’t power up the engines, we would freeze to death within a few minutes.

And like that, the beam was gone and we were alone in the void, hundreds of miles above earth. We both started to shiver. Tom 3.0 began to panic, so I floated over his head and shoved him back into my seat. I was the captain now. I told him to buckle up and I started randomly hitting buttons and flipping switches hoping the engines would fire up. The previous Tom left no instructions and nothing on his instrument panels was labeled. Alarms began to go off. We were low on oxygen. We needed those engines to fire. I was blindly punching the panels while Tom 3.0 was uncontrollably sobbing. It seemed like this version of Tom was really emotional.

Finally, I heard a sound like a car engine turning over. I scoured the control panel to see what I hit and found the ignition button. I slammed it down until the engines roared to life. I yelled “WE LIVE!” out of excitement. The blue men had preset coordinates in our GPS that directed us to our landing site in the middle of the Salton Sea. I grabbed the controls and guided the ship into the earth’s atmosphere. It was an amazing feeling; I now knew how the previous Tom felt. My moment of pride was cut short by a engine failure warning light which signaled just before I heard one of them cutting out. I tried to accelerate more with the remaining engines but that resulted in some sort of explosion. We were going slightly off course. The only way to get back on was to try and accelerate more, but we risked blowing up on reentry. I wasn’t sure how much more the ship could take. We had about a minute’s worth of oxygen left and about two minutes to reach the earth’s atmosphere. I had no other choice but to put my foot to the floor and risk it all as Tom sobbed in the background. The ship lurched ahead and we made our window, but not before parts of the ship started falling off due to the heat from reentry.

The ship was falling fast and the parts where falling off even faster. I could see continents getting closer. According to our GPS we were on target. I flipped on the intercom and told Tom to buckle up, but he was passed out either from the G-force or from dehydration due to all the crying. I had only a few seconds to buckle him in and then take care of myself. I could see the lake; it was coming up fast. If we didn’t slow down we would hit the water like it was concrete. There was a lever under the control panel which released the chutes. I pulled but nothing happened. I pulled again; I could see boats on the lake. I pulled again and finally the chutes released, jerking us back up several hundred feet.

The water was still coming at us fast. I threw my arms in front of my face and braced for impact. We hit the water with incredible force, so much so that the ship broke completely in half. I wrestled free from my seat and swam towards Tom, who was out like a light and possibly dead. I freed him from his seat and swam with him up to the surface. Once there I scanned the area for our life raft. All I could see was fire and wreckage. The water tasted awful as I unfortunately gulped mouthfuls of it. But thanks to the lake’s high salt content, we both were able to float reasonably well without a raft. I paddled towards shore with Tom on my back. It took what I guessed were two full hours. I dragged the unconscious Tom onto dry land ,then I dropped to my knees and vomited.

Tom 3.0 and I waited on the beach for several hours before we spotted the van heading up a dirt road towards us. That van was a sight for sore eyes. The road was at least a 1/4 of a mile from the beach. I picked up Tom, who had finally come to but had a broken ankle, and slung him over my back. We could see Tom 2.0 waving out of the driver’s window of the van. I couldn’t wait to get to the vehicle, drive far from this place, and put this adventure to bed. I would soon be heading home with all of this behind me.

Tom 3.0 was weighing on me and I had to stop to take a break. He thanked me and I took that moment to look at his ankle. Just then, I noticed a familiar blue light. I looked up towards the van. A blue beam shot out of the sky and onto the van. This must be James Cameron’s plan to get his clone back, a tractor beam! But… it wasn’t tractor beam. It was in fact a laser beam which completely obliterated the van in a blindly bright blue flash. Everything was gone in mere seconds. The only proof Tom 2.0 has ever existed was now a burnt circular mark on a dirt road, somewhat resembling a tiny crop circle. I guess James no longer needed to download the data that clone contained.

Tom 3.0 began to violently sob again. He reminded me of Bill Paxton in Aliens, so I slapped him. Although it had felt like only a few hours that we were in space, I had no idea how long we were really up there, or what day it was. But it was pitch black again. I started a small campfire to keep us warm. It became clear that Tom was going into shock, so I decided I needed to hike out to find help. I told him I’d be back as soon as possible. He reluctantly agreed and went back to sobbing. Before I left he got up and said:

“Unless you do this with me”

He laid back down next to the fire, exhausted yet smiling.

I took me upwards of four hours to find help. A farmer heading back to his ranch spotted me on the highway in my space suit and thought I was a lost partygoer from the Coachella music festival. I went along with that idea and told him my friend broke his ankle while high on ecstasy when we were partying at the lake. It was story much tamer than the truth. The farmer helped me carry Tom out and took up back to his ranch where he wrapped up Tom’s ankle and fed us. When we were in private, I looked over at Tom and said:

“It’s time for you to go home. It’s part of your mission. You have to get back on the road and so do I. Let’s call Mark.”

The farmer let us use his phone to call Tom’s bandmate. Tom 3.0 was reluctant at first, but knew he needed to follow through with his mission. He was only on the phone for a few minutes. I heard him say “I know, dude” and “I’m sooooo sorry, dude” a lot. Once off the phone, he said Mark was organizing transportation home for both of us. He made no mention of the money the previous Tom had promised me. And when I brought up the subject, he just laughed and shrugged. I guess I was shit out of luck.

After returning to civilization I checked myself into a mental health facility in an attempt to try and process everything I’ had just gone through. Unfortunately my no-holds-barred honesty didn’t sit well with the staff and they decided my trip to outer space was the work of someone who had a psychotic break. I was promptly rewarded with heavy doses of Thorazine and lived not unlike Sarah Connor did in Terminator 2 when she was locked up. After several mind numbing months (literally) I was released once I had wised up and shut up about all the alien and clone nonsense.

I eventually found myself on an old friend’s couch in Hollywood. He got me a job at Guitar Center in the drum department. It was an okay gig until an overzealous customer was trying out his best Neil Peart impersonation and accidentally let go of a drumstick which hit me and poked out the eye I had grown back. Eh, it was nice while it lasted. Eventually, I quit the Guitar Center gig to focus on writing my memoirs. And from what I hear, Tom went on to form a new band whose main theme is space travel. Go figure.

Struggling to keep up? Feeling a bit lost? Perhaps you’re wondering how a snake can wear a vest or be a band roadie? The answers to these questions and more are in CHAPTER 1, CHAPTER 2, CHAPTER 3, CHAPTER 4, CHAPTER 5.1, CHAPTER 5.2 and CHAPTER 6! (Editor’s Note: Bad Copy does not guarantee answers to any questions in these chapters).