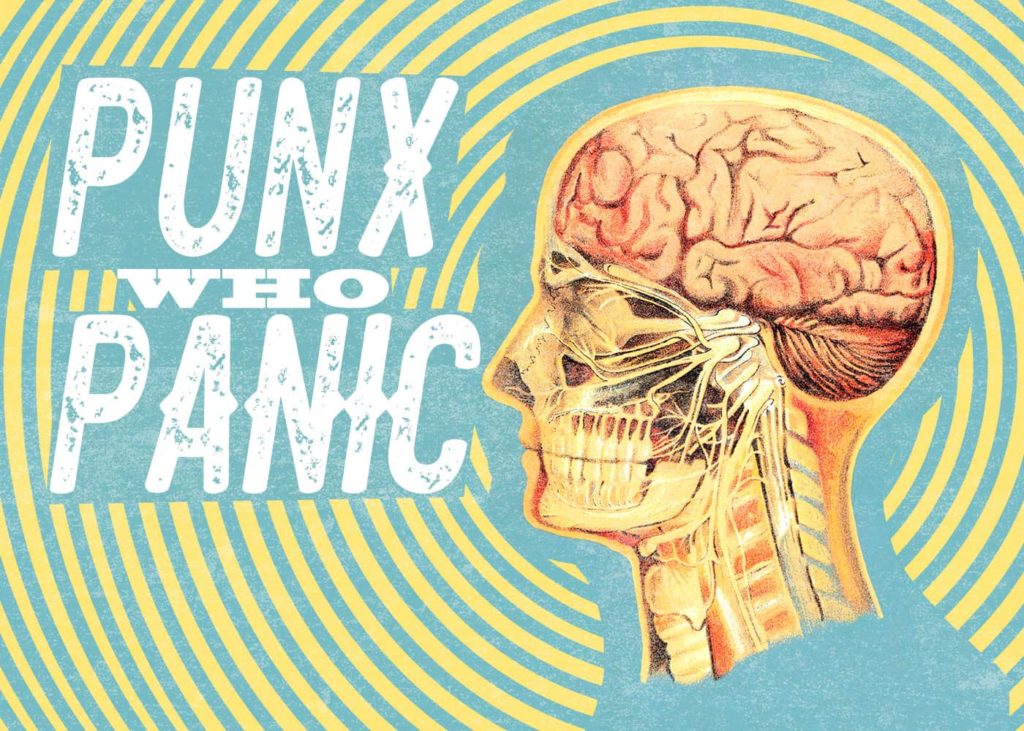 That’s the list of issues I’ve been struggling to deal with for the last decade. I’m sure the list looks familiar to a lot of you because I’m convinced everyone on this planet suffers from at least one of the above mentioned. How do I cope with all of these conditions you might ask? The answer is that I don’t.

Well, I don’t so much anymore at least. Years and years of full blown panic attacks out of nowhere started to become second nature, and at a certain point you learn to calm yourself down on your own. That used to be the case for me.

I’m not sure what happened in my life that made everything feel like it turned to shit, but I wish I did. It would probably help me get better a lot faster. Maybe then I could answer every therapist’s burning question of, “Where do you think your depression and panic stems from?” Like, fuck I don’t know. Aren’t you supposed to make me realize that during our fourth session? In all seriousness, therapy actually has done wonders for me and I would recommend it in a heartbeat. I’ve been in consistent therapy for the last fifth years and I’m pretty sure I wouldn’t be here today without it. Unfortunately for some people, therapy by itself just isn’t enough. That’s definitely the case for me.

Even with therapy I still struggle more often than I’d like to admit. About two months ago I hit rock bottom. I was positive that there was no point in continuing my life because the constant symptoms of anxiety and depression were becoming overwhelming. I was going to kill myself unless I stopped fighting the extra help I so desperately needed. The feeling of wanting to kill myself was literally painful. Every time the thought would pass, my body would start to ache. I was so ready for everything to be over. But I decided to reach out to my partner, which was the best choice I made. I blatantly told her that I felt like killing myself. It’s definitely not an easy conversation to have; especially because part of me was terrified she’d call my parents or dial 911 and have me taken away. She didn’t do any of that. Instead she just listened to me talk. In hindsight I think I could’ve reached out to any of my friends and they would all have the same reaction. As cheesy as it sounds, that night I learned how much people really do care about my life, even when I don’t.

It took me a few weeks of feeling like a worthless piece of shit, but eventually I reached out to my health care provider and set up an appointment with a psychiatrist. For those who don’t know, a therapist (psychologist) cannot prescribe any medication to you. After our first meeting, my psychiatrist made a recommendation for an antidepressant. I’m honestly terrified of all the side effects I might feel, but in the end I know my mental health is worth more than a few hiccups.

I guess what I’m trying so say is mental health issues fucking suck, but it’s so important to make sure you do whatever is right for you to get help. Don’t be afraid to talk to someone when you are feeling down. Talk to someone you feel comfortable with or try to see a therapist if that’s more your thing. I know a lot of therapists work on sliding scales so even if you don’t have insurance, there’s still a way for you to get help. Lastly, if you’re reading this know that I care, even if you don’t.