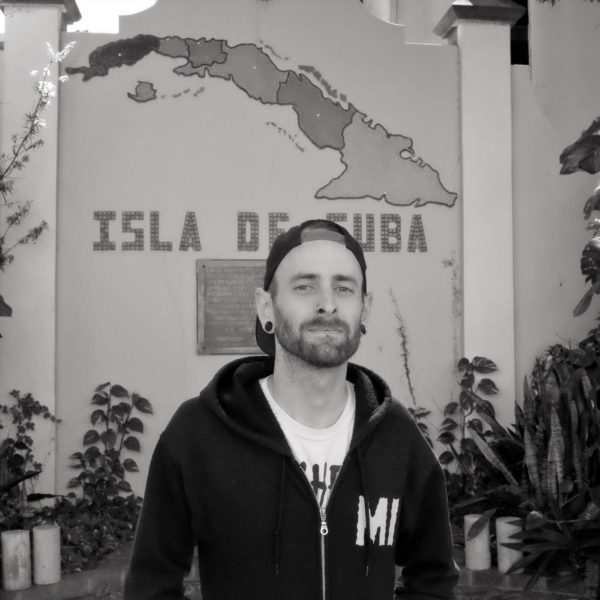 Oh, hey there Bad Copy readers. I would like to introduce you to Shane. He is a kind of fixture in the Seattle punk scene. You know that joke about how drummers are always in demand and playing in all the bands (Hi, Mikey Erg!)? Well, Shane is another good example of how this is true. Formally from The Loss, and currently in Heck Yes, Shane has also filled in on drums for Success and lately for Four Lights. He is an incredibly talented drummer and a super nice guy. He and his wife are also maybe the biggest Disney fans I have ever met on top of it.

The photo in this feature was taken in a very unique location, a park in Tampa, FL that has actually been owned by the Cuban Republic since 1956. Parque Amigos de Jose Marti is on the far West side of the Ybor neighborhood (home of Pre-Fest) and very deserving of a visit just to say you are in Cuba, at least for a little while.