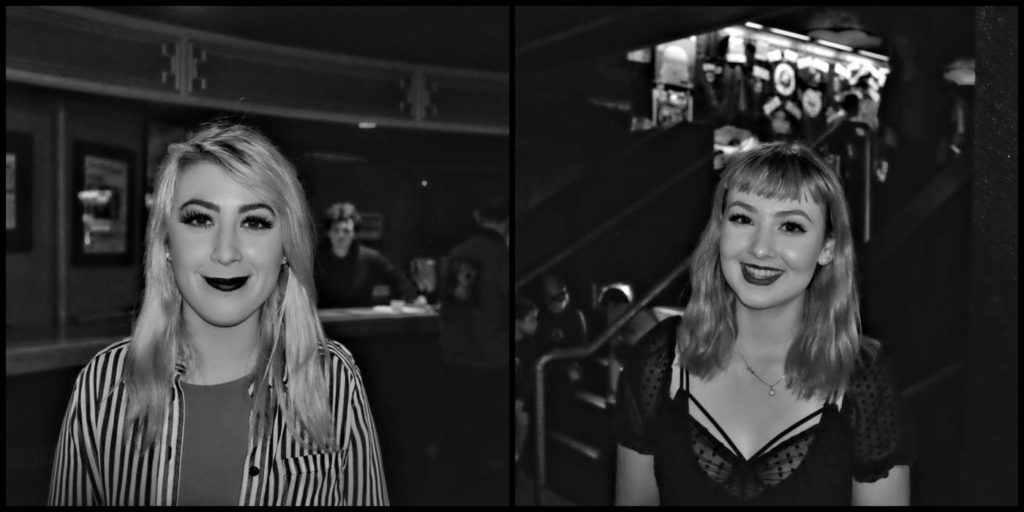 Okay, I messed up last week. Work is crazy right now and I completely lost track of which day of the week it was until I woke up on Saturday and realized it was the weekend already. That also meant I completely missed posting my weekly feature to Bad Copy. Total shame washed over me, but I started to hatch a plan…

Since I missed last week, I’ll give you a double; because you really can’t talk about Lucy or Gwen Giles without mentioning the other. These sisters are the amazing talent that make up the band Dog Party. They have been on Mike Park’s Asian Man Records for pretty much their entire career, and show no signs of slowing down. Their latest (5th) album ‘Til You’re Mine came out in 2016.

We met in 2012 when they were on tour with Kepi Ghoulie at The Funhouse in Seattle. It was the old location before “progress” closed it and turned it into a condo building. ANYWAY, they were wayyyyy underage for a 21+ venue at the time and were forced to hang out in the van behind the venue until it was time to play. But I’m pretty sure Kepi found about 20 different reasons to keep them involved in his show so they could stay and enjoy as much of it as possible. Afterwards, we went and got food at Seattle’s El Chupacabra, because where else do you go when you are dining with Kepi?

I shot the photos above at The Showbox in Seattle when I got to catch up with Gwen and Lucy as they were on tour this fall with The Aquabats!

As a bonus, here is a video I shot at the Seattle Pizzafest show in 2012 of Kepi doing “The Tale Of The Great White Buffalo” with a HUGE band consisting of members from Dog Party, Pets, and Head, along with the legendary Kurt Bloch.