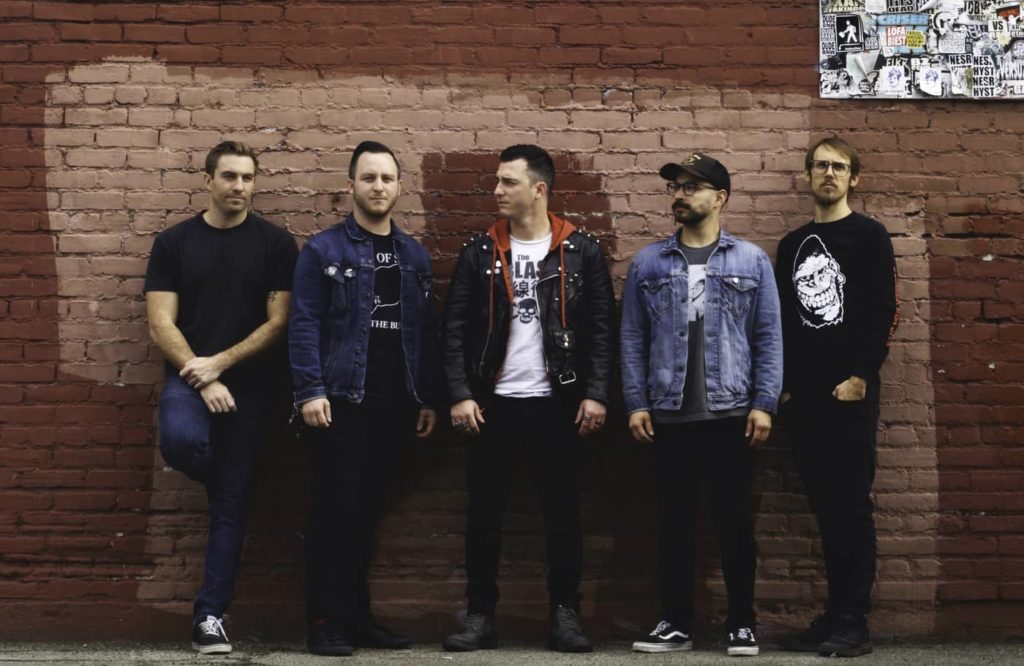 Raptors will be releasing their new self-titled album next Friday, October 8th. I chatted with them about the pandemic, recording, touring, and other things we forgot were fun while we’ve been in hiding for over a year.

What was it like writing and recording during the pandemic?

Casey: It was a really a new experience and a challenge, but it allowed for some unique circumstances that we might not have had otherwise. We had started the writing process in 2019 so we had the majority of the songs pretty dialed in before heading in with Jay Stolo. However, once social distancing started taking place, we shifted our process to incorporate remote writing and recording. I have a recording setup at my place so I was able to record some guitars and vocals at home and send them in to Jay to be mixed in along with the parts that we had already recorded. Thankfully we were able to take our time and actually utilize the moment to revise and improve upon a lot of the songs.

Ike: It was a combination of things. It was frustrating and liberating at the same time. With the lack of pressure from live performances, we got to really focus on putting more into writing/recording. However, it was tough being away from each other and having to track a lot of things solo, remote or separately.

Can you speak to the inspirations behind the new album? Are there common themes that arose in the writing process?

Ike: We wanted to write something pure and honest. The big theme for us was “what kind of music do WE want to listen to?”

For a while we were calling this album “Jurassic California” because of the craziness going on in our state. Everything felt so wild and backwards. As we finished the album we decided to go with no title and let the music/art speak for itself.

We were lucky to work with such talented artists like Savorn “Red” Horn (out of Just Deadly Tattoo) and Anson Aguirre Firth (an Ink & Brush Illustrator from Vienna, Austria). Savorn created all of our Tattoo Flash artwork (including the album cover art). Anson created a custom Ink & Brush Raptor for our Jurassic California flag.

Casey: Ike and I are both inspired by our personal experiences as well as the state of the world around us. Everything around the country and world has felt like it’s been in turmoil for so long, which only amplifies the day-to-day struggles that everyone goes through. Broken relationships and personal tribulations often found themselves standing in for broader and more societal themes. However, we also wanted to make sure that we took time to focus on the moments and feelings in life that keep us going forward, so it was a bit of a balancing act between those two sides of the spectrum.

What are a few of the band’s musical influences that no one would expect?

Casey: One of my favorite bands is Barenaked Ladies. I am a huge Pop/ Power Pop nerd and I think some of their songs are so perfectly constructed and have the greatest hooks. Seriously, listen to something like “Falling for the First Time” and tell me it doesn’t get stuck in your head.

Raptors is based out of the LA area, a place known for tourists and a million things to do. What are the essentials (places, foods, anything) for someone visiting?

Ike: Lucky Boy has the best Breakfast Burritos quite possibly in the world.., Tonga Hut for great Tiki drinks, Doomies if you like Vegan food, Pizzanista for Punk Rock and Pizza, House of Machines – great venue/motorcycle themed bar, Bar 82 “Barcade” Arts District Brewery & Player One are awesome spots to drink and game.

Casey: I am a huge movie fan, so I am grateful that we are lucky enough to have some amazing revival house theatres like the New Beverly, Aero, Nuart, and Egyptian theatres. They are always hosting great screenings of films that would otherwise never get the big screen treatment. It has been a little scary during the pandemic because at the start it seemed like many theaters were in danger of closing down (and a few did shut their doors), but thankfully most of them have survived.

Now that things are kind of, sometimes, maybe opening back up, what are the band’s plans once the new album is released?

Ike: We want to play as often as possible. We want to continue to get out there and connect with like-minded people who share the same love for live music that we do.

Casey: We have a few shows including a record release show on 10/7 and the Punk in the Park festival on 11/6 and we are planning on doing some touring in early 2022 in support of the record. We want to get back out there as safely as possible and reconnect with a lot of our friends all over the country.

It’s been a long time off, so the feeling of getting to play all together again is amazing.

What is your best/weirdest touring memory?

Ike: My best touring memory was in Arizona when we showed up to play BLK Live and the crowd was expecting to see a band called “The Raptors,” a female Rock band from the UK. Then we hit the stage, went crazy and blew the roof off the place haha. That same night, our guitarist Casey (who doesn’t drink) was holding our complimentary bottle of Jameson pretending to be drunk while we all had a blast backstage. It was amazing. Touring is always so fun with these guys.

Casey: One show that we played in 2019 was almost a catastrophe that we were somehow able to avert and fake our way out of.

We had a show booked in Oakland as the final date of a mini-tour. We were full steam ahead, with everything going according to plan. We had our set all dialed in and everything was going great until the night before the show our drummer Cody had an emergency and wasn’t able to play the show. Our options were to either cancel the show (definitely not something we would want to do), play acoustic (some bands can pull it off, but we hadn’t practiced acoustically), or do some changing up of the lineup. Our bassist Damien was the band’s original drummer and I have played bass in a bunch of bands, so we figured we’d roll the dice on that option. After 8 or so hours in the van air-drumming and bass’ing to our songs, we arrived, not entirely sure of ourselves. However, the whole scene up there was so welcoming and inviting, we instantly felt relieved of any pressure and just kind of did our best and winged it. Lo and behold, it was an awesome set, after knocking off the rust.

Ike: The most honest Raptors yet.