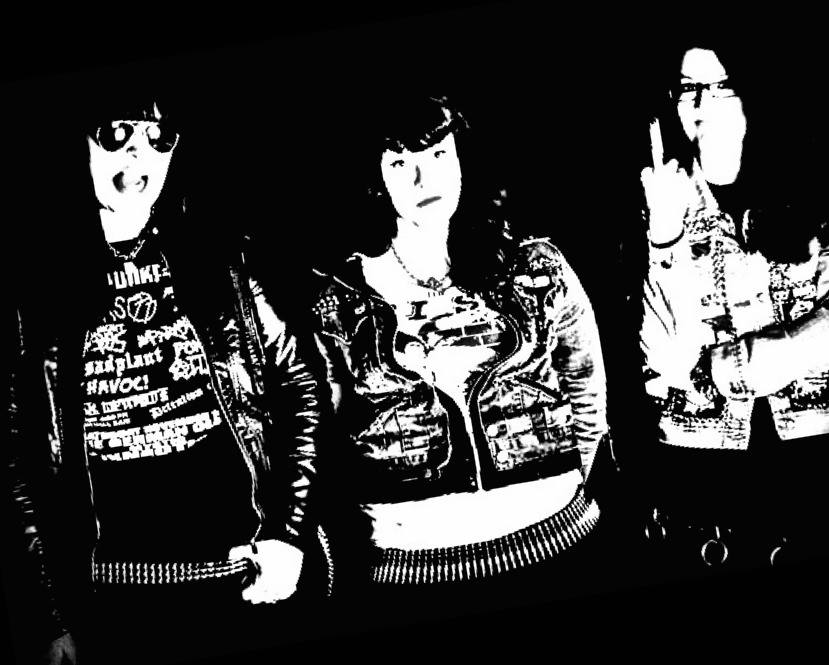 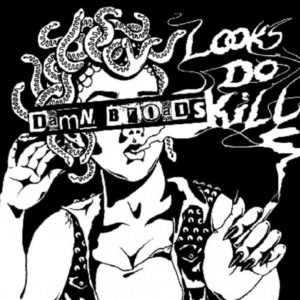 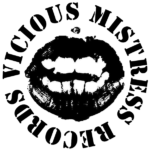 Damn Broads is a three piece punk/oi band from Connecticut. Their genre on Facebook is listed as “Cunt Punx” which made me literally laugh out loud. But before I dive into their music, there are a few other things I noticed on their social media that I want to address. Their bio on Facebook and Bandcamp both include, “They are a punk band that happens to consist of all girls but don’t let their gender fool you- they are NOT a girl band. And don’t even think of asking if they’re a riot grrl [sic] band. Because they’re not.” Um, okay. Don’t let their gender fool you? Are they agreeing with the misogynistic, outdated stereotype that girls can’t play good punk music? I completely understand wanting to smash a boring stereotype, but the way this is worded I can’t help but think they are perpetuating it. Of course, as a self-proclaimed riot grrrl myself, I have to wonder why they don’t want anyone to remotely associate them with the movement.  Are they simply trying to distance themselves from what they believe riot grrrl music sounds like? Or are they distancing themselves from feminism?

Moving on to the music, Looks Do Kill is a 14-track album released September 1st of this year. The album starts out with a far-too-long soundbite from an old PBR commercial. Don’t get me wrong, I love PBR and I also love a strategic soundbite, but this felt over-the-top. Thirty seconds. It’s a thirty second soundbite. There’s a few tracks that I really want to like, but just can’t. The vocals are what mostly ruin it for me. They sound very forced and make me want to clear my throat. It almost sounds like a parody of punk music. I do, however, appreciate the fast, hard-hitting power chords throughout the record, the garage-y drums, and the fast bass lines.

I give this album two and half bent safety pins out of ten.