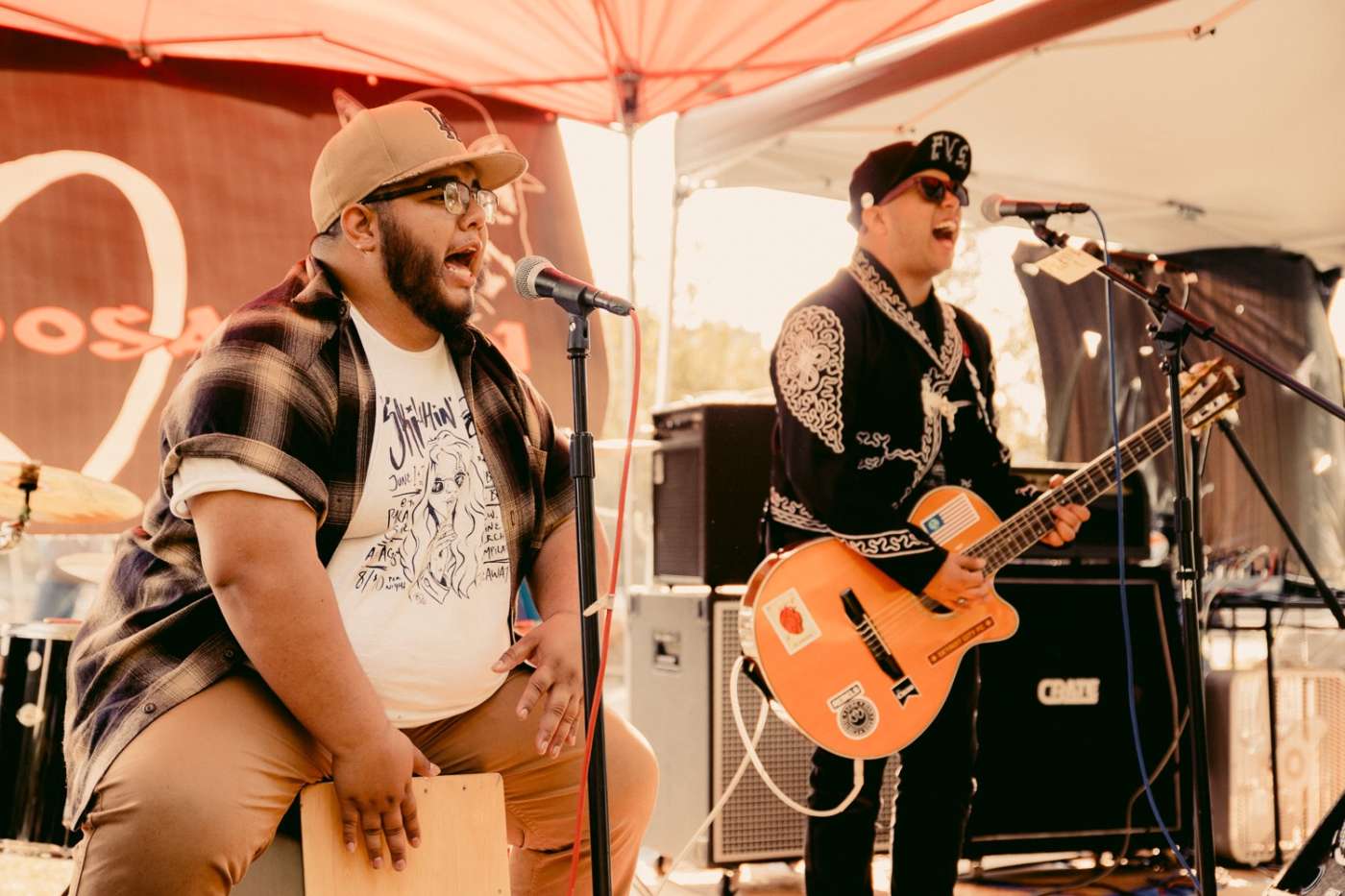 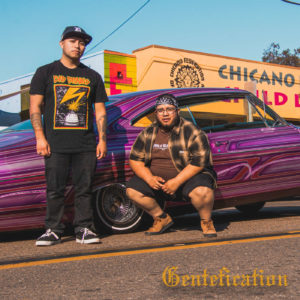 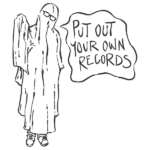 It’s been a month shy of three years since Pontiac, MI natives Pancho Villa’s Skull released their aptly titled record, The Mariachi Punk EP. It was their first outing after expanding from solo project to a band. On it, they showcased what were mostly older songs with their newer, fuller sound. In those three years, they’ve been able to relentlessly tour on that EP all the while further defining their signature style and message.

2018 saw the band put out a compilation of loose recordings and later a live CD on Grand Rapids, MI based label Put Out Your Own Records before going into brief hiding. They were writing a full-length. After much anticipation, as of November 8th, the drought has been quenched. Pancho Villa’s Skull’s new album Gentefication is here!

Something I think the band has always been adept at is making good use of a loud, quiet, loud dynamic. They set the stage for the rest of the record by doing just that on the opening track, “Contradicciones.” The contrast between the twinkling, pitchy riffs at the beginning to dueling shouted vocals over hard strums and pounding cajon beats toward the end really drive home their message of acceptance and political action against injustice.

The new recording of the lead single, “Mira Alrededor,” is where the audience is truly introduced to Pancho Villa’s Skull’s newly honed intention. On this version, they feature the first guest musicians on what I think are a glockenspiel and melodica. It’s also where we first get a few of the primarily Spanish sung lyrics sprinkled with English. They’re bringing in others to take on the challenge of doing better for all people.

The intentional communal effort is furthered on the dancy, hip-swaying number called “Sin Accion,” on which is an excellent violinist that weaves in and out of the guitar parts. I have to note that the vocal harmonies here are some of my favorite moments on the album. They’re so warm and effective in their call to action.

Then there’s the trumpet honks on Gentefication’s second single, “El Camino,” made in remembrance of the Ybarra brothers’ cousin and strongest supporter, Ponty, who recently passed away. It’s your classic punk band bit about tour life and seeing different faces in different places but ultimately finding the same types of community wherever you go. It’s a welcome heart lightener for the band to just have some fun and even offers – dare I say? – mosh worthy part toward the end.

“Brown Is Beautiful” is a happy tear jerker and I’m stoked that I got to be there when they played it live for the first time earlier this year at their send off show for their West Coast tour. It’s simple as it gets. There’s pretty much two lines that are repeated call-and-response style from lead singer Tino to what sounds like a huge group of gang vocalists throughout the entire run time. They go “tu piel es tan bonita,” and “mi piel es tan bonita,” which basically translates to “your/my skin is so beautiful.” Percussionist, Rolando, tweets a police whistle underneath it all, reminding us that not everyone, especially police, values the beauty of varying skin colors, but that they should.

My favorite track the band has ever made is the album’s closer, “Respondame.” It’s probably the most out there thing they’ve crafted yet. It’s something you’d hear someone busking to in a park or at a food festival downtown. With its killer, improvised sounding saxophone feature and very articulately spoken, not sung, words, it’s almost lounge music. They might get mad at me for this but I’m going to say it because I mean it complimentary, it reminds me of “Here, Hear”-era La Dispute. While I love Pancho Villa’s Skull for unapologetically using their native tongue for the bulk of their songs, this one is done mostly in English and is written as a series of calmly asked questions of why. It asks specifically the reasons why people fear and hate people of color while poetically comparing themselves to some of life’s most pleasant things like cocoa, cinnamon, and chorizo. The clarity of the whole song feels like a response to when people critique louder, abrasive modes of protest. The only way someone can feel slighted by Pancho Villa’s Skull’s delivery of their message here is if bigotry is firmly embedded in their hearts. This track will weed out all of the lost and who oppose our positive cause.

Don Carlisle of Knavish Audio helped record and produce some of my favorite records in recent years, but I think this is my new favorite. He helped take a sound PVS has been building to the next level. There is more polish on this record than anything the band has done before it. Despite being a band of just two brothers and a revolving cast of featured friends, the depth displayed here feels at times massive and at others so hushed that it demands you listen close to smaller nuances that fill the gaps. There are times when it is all up in your face and there are times when it’s stark. All of it, each of the nine tracks, lend to the core of why this band exists, which is to spread and grow a message that a truly communal, accessible, diverse, loving scene and world beyond is possible if we just try. This is the anthem of DIY. This album is more Punk than yours. This album is as heartfelt as you’ll let it be for you. As I’ve peeled its layers back a bit, it’s taught me a lot and it’s made me feel even more. I’ll cherish it for a long time to come.