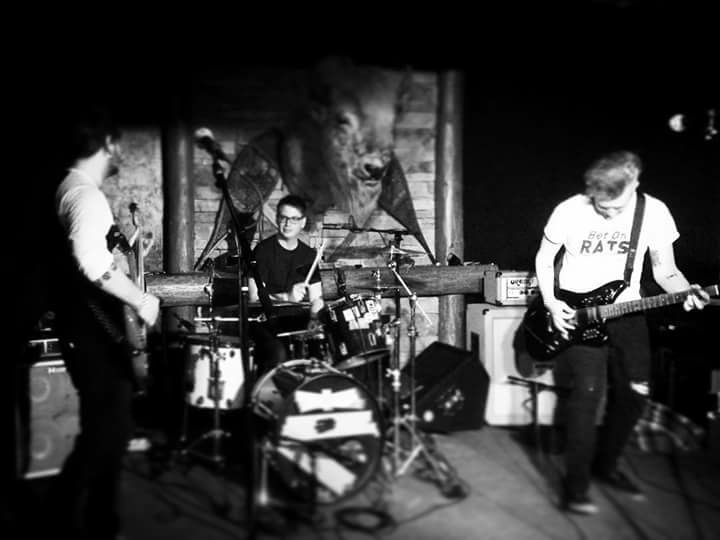 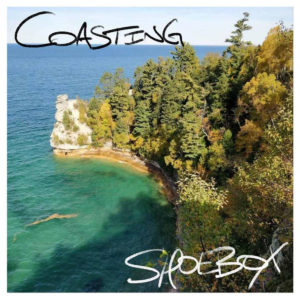 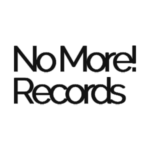 Last year, Grand Rapids punk-rock outfit Shoebox performed a battle-set, in which two bands set up at the same time and alternate playing songs back and forth. They performed with their sister band Stubborn Strays to celebrate the release of their split debut album called Sick Kid City. It was a legendary show and Sick Kid City became a beloved Grand Rapids record. We were those “sick kids!” That’s us!

Now, Shoebox is back with a updated lineup including second guitar player, Will Mauchmar. Their new EP, Coasting, makes their previous effort feel like a lo-fi experiment in comparison. The band realized what of their previous work they could build on and, in turn, found a clarity in tone and message. Coasting’s title surely is not indicative of the band’s efforts, as they focused on all the fine details that equate to a great record. It’s my favorite EP of 2018.

I don’t know how exactly to describe it, but you know those brief little full-stop parts that bands like Against Me! and Alkaline Trio do? That’s Shoebox’s signature move and they abuse it well on the opening track, “Cats.” Careful not to break your neck to this one. It’s heavy.

The titles “Radio Mic” and “Record Jackets” say it all. They’re songs about music and of longing. The first finds the narrator jamming along in his room as he aspires, not to achieve the prototypical rockstar daydream, but to be happy and at peace with the people you love with live music as the backdrop. The latter is my favorite song from this project. “It kind of seems / we wasted our lives on an adolescent dream / all the while these things meant the world to me / you can’t defend your actions / they speak for themselves / I can’t deny my reaction / I guess I am the problem now…” always strikes me as especially telling of how powerful music’s grip can be and that we need to keep things in perspective.

The title track “Coasting (Fairweather Friends)” is an instrumental song. When I heard a demo version of it back in June, I told singer/guitarist Anthony “this needs vocals.” I’m here to say that I stand corrected. There’s enough movement in the music and each member’s talent is given enough time to shine that vocals are not necessary. While I still wonder how this track will fit into a live setting, especially among all of their other sing-along laden bangers, this is a daring move for Shoebox and it really works on a recording, especially as a showcase for the band’s newly bolstered chemistry.

The two most familiar songs on this EP were last second add-ons, “On The Flipside” and “LNP.” The first is a re-recording of their first single from their debut split. It’s an aggressive type of punk song. Easy to push-pit to and after becoming the theme song for the Squeeg video series on Youtube, it’s become quite the staple around Grand Rapids. Don’t get me wrong, the song is great. But it may be the worst example of what kind of band Shoebox is trying to become, at least in my opinion. “LNP,” however, says it all for them. It’s a cozy number that hovers in the mid-tempo range. The lyrics are introspective and nostalgic as ever. “I’ll say goodbye tonight / to some friends I haven’t seen in a long time / if you show me your mistakes / I’ll tell you mine.” A re-release from A Hella Skitchin’ Compilation Vol. 2, sound engineer at Knavish Audio, Don Carlisle calls this recording one of his crown jewels.

And it’s so appropriate that they ended Coasting with their biggest song yet. It feels intentional, like I see what you did there, guys. “Brutus” is certifiably anthemic and relatively long. It clocks in at four and a half minutes and it’s just packed. It’s all vocal harmonies, guitar crescendos, thumping bass solos, and plenty of “whoa-oh-oh” sing-alongs galore. Lyrically it’s pretty on regular Shoebox theme of anxiety and pleading for direction. But on this one, I feel like the instrumentation is just as important in telling the story.

All in all, do I think Shoebox is reinventing the wheel? No, but they’re coming dang close to perfecting it in regards to the Midwest Punk sound I love. They have everything I look for in terms of staying power: a loud/soft dynamic, gruff but controlled vocals, poetic and relatable lyrics, and a fun presence that translates live as well as on record. Fans of The Menzingers, The Lawrence Arms, and Red City Radio that are looking for something fresh but comfortable should keep Shoebox on their radars.