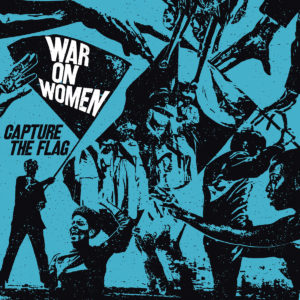 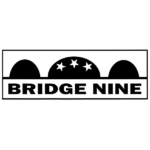 As is my understanding, for as long as there have been differences between men and women, there have been men who have used this to make life more difficult for women. These aren’t special men. These are just your run-of-the-mill men you see everywhere you go. On the street, on TV, on buses, in bars, on TVs in buses and bars; there is no shortage of men leveraging their perceived advantage over women to get ahead in life. I wouldn’t be surprised to hear how many of them would consider themselves to be pretty good guys. I can see them patting each other on the back for every decision they made for the sake of a woman to save her the trouble. It’s a great way to know what’s best for someone without the mild inconvenience of actually having to get to know them.

As anyone who ever has been, currently is, or has ever spoken to a woman about more than just their dick can tell you, that shit gets real old real fast. Standing up for yourself ends up being a lose-lose situation where you’re either seen as being shrewd or too assertive. Enter War on Women.

Since 2010, these Baltimore bad-asses have been expressing their disdain for the current patriarchal system and its negative effects on literally everyone – and they have not been shy about it. This can particularly be seen in their 2015 S/T debut. The band’s approach can best be described as “here I am, this is what I want, and if that’s a problem for you, I can make things just as difficult right back.” There’s no good reason things should have to be this way. But, here we are in 2018 and War on Women is back with their latest take on the status quo in their second full-length, Capture the Flag.

The band has been very busy in the years since the release of their first album, touring with legends like Propagandhi, Refused, and FLAG. These bands proved to be great company for War on Women, because this new record fucking rips and has fingerprints of what being around those groups has to offer. After catching up with them last summer on Warped Tour, I was excited to stumble upon this album at the record store – and even more so the second I put it on. Right from the get-go, a sonic wave of heavy guitar and drum pounding makes it clear there will be no quarter given. “Lone Wolves” calls attention to the sense of terror that comes from a woman rejecting a man’s advances. Given the motivation of the recent school shootings, you might think these incidents aren’t as isolated as fans of guns would have you believe. “Silence is the Gift” addresses the backlash that comes from keeping quiet and implies that this seeming tranquility is nothing more than the calm before the storm.

Over and over again, songs highlighting the frustration of living as women, like “Anarcha,”  “Childbirth,” and “Pleasure & the Beast,” serve to demonstrate the newfound range of hardcore influences War on Women have added to their repertoire. Someone must have been reading my dream journal when they decided to invite Sharptooth vocalist and fellow Baltimore hardcore kid Lauren Kashen to lend her talents throughout the record. After watching her tear up the stage with the fury of a savage dinosaur unleashed when her band opened for Anti-Flag, I couldn’t think of a better pairing for her style than War on Women. Naturally, her presence elevates the intensity of the tracks she appears on to levels that would make anyone who thinks they might incur her wrath approach with caution. It’s a good thing.

Kashen is not the only guest star who comes out to shine on Capture the Flag. Kathleen Hannah (yes, from the one and only Bikini Kill) also adds her voice to the upbeat and hopeful ditty “YDTMHTL”, and adult film actress Joanna Angel lends her support to the band’s positive attitude towards sex and sexuality. It’s fantastic to see War on Women drawing from such a deep pool and it definitively adds to the heightened level of decorum they bring to hardcore. Given the current state of everything, having a strong support network like this is hugely important. There’s never really been a time when it wasn’t a struggle to be a woman, but the election of current dipshit and “Predator-in-Chief” hasn’t done anyone any favors in that department. His emboldening of men who shoot their problems away has ushered in a new era of home-grown terrorism that not enough people seem to be as concerned about as they should.

War on Women has never been afraid to pull any punches when it comes to expressing their feelings towards things being shitty for females. Last year, they drew ire for pointing out to some that The Dickies’ shtick is outdated and unnecessary if punk is ever to make any real progress beyond a silly, drunken boys club. If this is what makes someone a villain these days, this co-ed quintet wears it like a badge of pride.

Capture the Flag is essential for anyone looking for a refreshing approach to what Hardcore can be and the potential for greatness that can come from a much needed message of change. In the grand scheme of things, Punk Rock is still very young as a genre, but it’s currently dominated by some real old ass thinking. War on Women aims to change that and leaves the remains of this archaic approach smoldering in their wake. If, like them, you are fed up with the way things are, this album is for you. Being a woman in America shouldn’t still be this hard, but it sure is refreshing to know that there is a talented group like War on Women who have a pretty good idea where we should go from here.