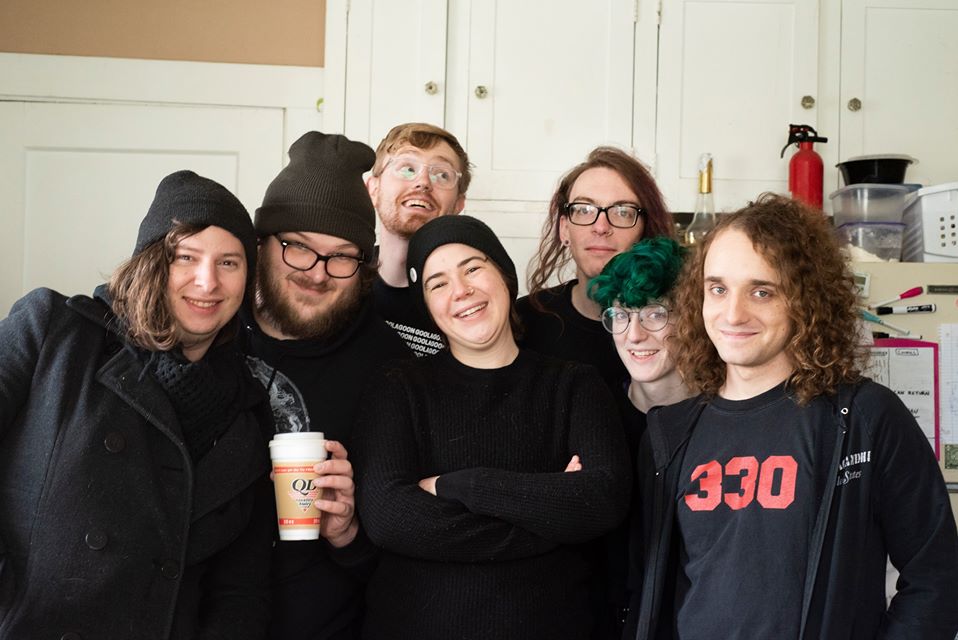 Lansing, Michigan’s self-described “noisy Emo-tinged Ska-core collective” Grey Matter just released the first single off of their upcoming album Climbing Out, and boy is it a doozy. This is the six, seven, or eight-piece band’s (depending on the show) first release since signing with both bi-coastal ska label Bad Time Records and the New Jersey-based Choke Artist, but they’ve been holding it down up north for years all on their own merit.

Their new song “Dang! (Love Yourself)” is the high-energy posi jam we need in the dead of 2020 winter, but with just enough edge to keep us from getting complacent. The infectious call-and-response chorus (“Who we gonna be? Ourselves! Whose opinion matters? Nobody else!”) begs for a room full of validated listeners to scream along and open up a pit to the bass-heavy breakdowns.

Of the song, Grey Matter says:

“Dang! is about feeling comfortable in your own skin, and for a lot of us, that refers specifically to identifying as queer. It’s upbeat and aggressively posi in a way that alludes to some of the 3rd wave ska that we love, but it’s about something that’s important to us.”

It just goes to show, self-love isn’t all bath bombs and flavored lattes—sometimes we have to get loud to remind everyone, like the song goes, that we are worth it.

Climbing Out is available on March 13th, with pre-orders available now! Check out “Dang!(Love Yourself) below or your streaming platform of choice.