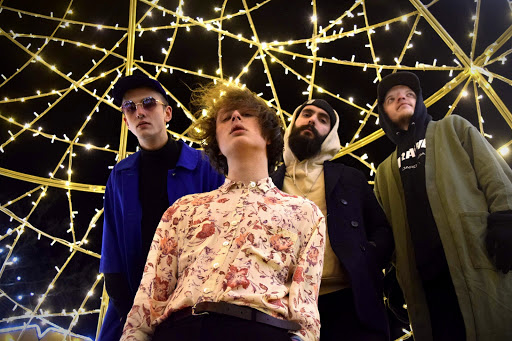 Tribe Friday has released a brand new track entitled “If I Were You.” The song is featured on their most recent release, their Chasing Pictures EP, which was self-produced.

Vocalist Noah Deutschmann had the following to say about the new track:

“It’s one of those tracks that has been around forever. Anyone who’s seen us live at any point has heard some rendition of it, and we recorded a couple of unreleased versions of it before this one. I was 15 or 16 when we first wrote it, and I think that shines through in the lyrics. Not necessarily in a bad way, though! It’s classic stuff. The lyrics are about teenage stupidity in a small town, and the longing to get away – to go somewhere bigger, brighter and more interesting.”

Noah described the experimental nature of the recording process:

“We played with more electronic sounds than we usually do, as well as give the 80s a little nod. I recorded a total of 18 voices (if I remember correctly) for the robotic choirs, which was a lot of fun. If you listen closely, there’s also a bunch of weird, glitchy vocal chops in the background during the verses. Those are just me trying to find the right pitch when recording harmonies.”

Listen to “If I Were You” below and keep checking back for more updates from Tribe Friday!