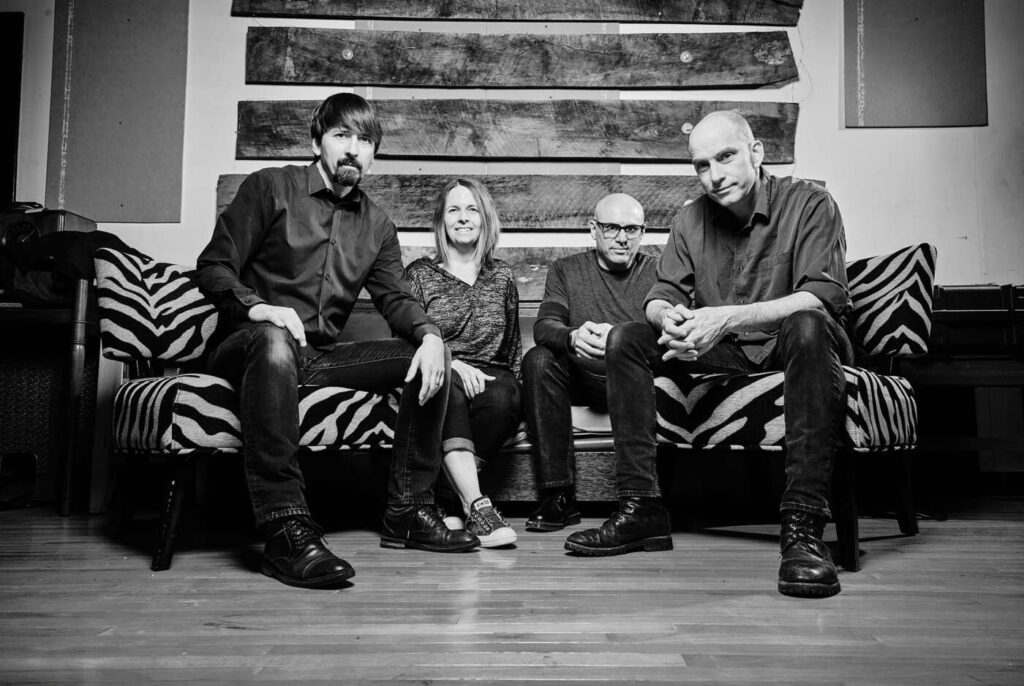 Artic Rodeo Recordings has announced the release of Jawbox‘s Live At Metro Chicago 2019 in October. The Hamburg, Germany-based label has already released several records by Washington DC’s Jawbox over the years.

The 2019 concert was recorded on the band’s Impartial Overview Tour and will be released on two deluxe vinyl LPs along with two booklets which include photos taken on the 2019 tour. All items will be housed in a beautiful gatefold jacket. The pressing is limited to 1,000 copies worldwide and there are three limited vinyl colors available.

Live At Metro Chicago 2019 was recorded at the Metro in Chicago, IL on July 28th, 2019 and mixed by J. Robbins at Magpie Cage in Baltimore, Maryland in May of 2021. It was mastered by Dan Coutant at Sun Room Audio in June of 2021.

“When we were making plans for our reunion tour, the subject was raised as to whether we should  anticipate a live album, and at the time, our hands being otherwise full enough, we decided to record whatever we could and decide later, if and when there was ever time or inclination to run through it all.  Then COVID-19 erupted, and we found ourselves with some extra time on our hands and used some of it  to review the shows.

In the end we decided on Chicago. It was the last stop on the tour, and for us has always been a kind of touring home-away-from-home, a city we as a band always held close for its friendship, talent, like mindedness, and heart.

We were hot those nights, wrapping up two months of shows and a year of rehearsals. Some of the songs might show a bit of over-elation, some a bit of strain, but in the end these are the performances we felt best represented what we had to offer throughout the tour, and what you, the audience, could coax from us for our mutual benefit.

So, we hope you enjoy it. There are many people to thank for their contributions and assistance along the way, but for the purposes of these notes, we’ll just say our friends and family, without whom we would surely not have made it to the Metro or any other stage in 2019. And, of course, Thank you.”

You can listen to the new live album below and pre-order your copy HERE.