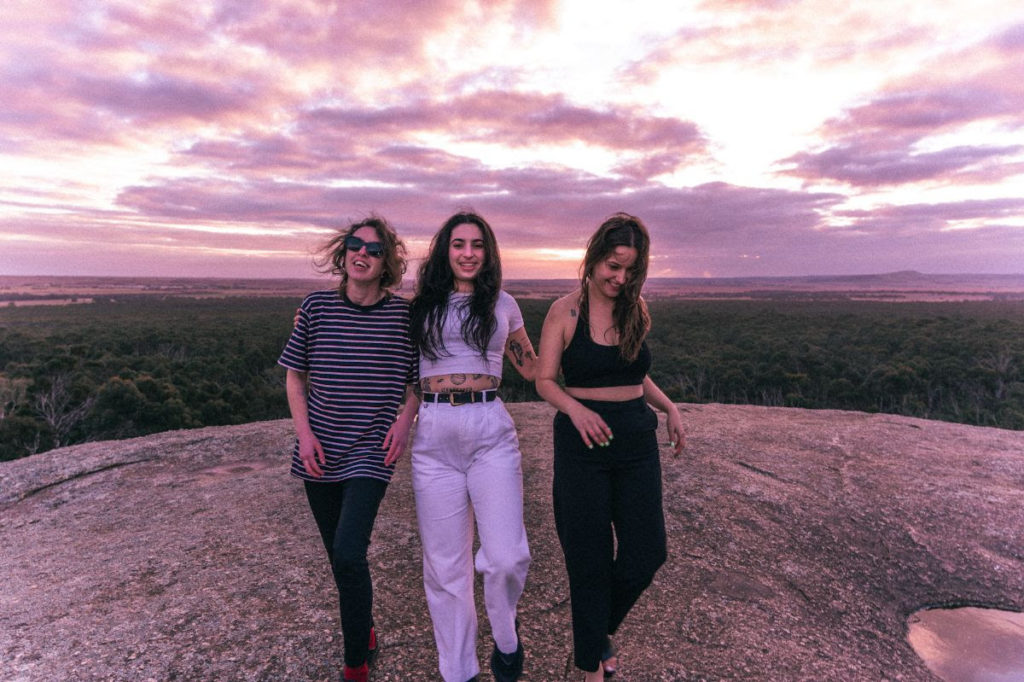 Melbourne’s Camp Cope has released a new single entitled “Blue.” The track is the trio’s first release in three and a half years and is the first single off their to-be-announced third album which will be released next year through long-time labels Run For Cover and Poison City Records.

The band entered the studio during the pandemic, without the pressure of deadlines and global touring schedules, which allowed them to take their time and just create beautiful music. They, like many of us, were living in a whole new context – new jobs, new cities, and a completely altered outlook. When brought into the studio, it culminated into a change in gears for the three-piece.

“Blue” is recognizably Camp Cope, but a little softer. Ruminating on what it’s like to love through depression, and persevering while the world outside has other plans, the song is a calling card for acceptance, both in that external forces cannot fundamentally change what’s going on inside your head, and searching for peace amidst the chaos.

Stream the new single below and check back soon for more from Camp Cope!