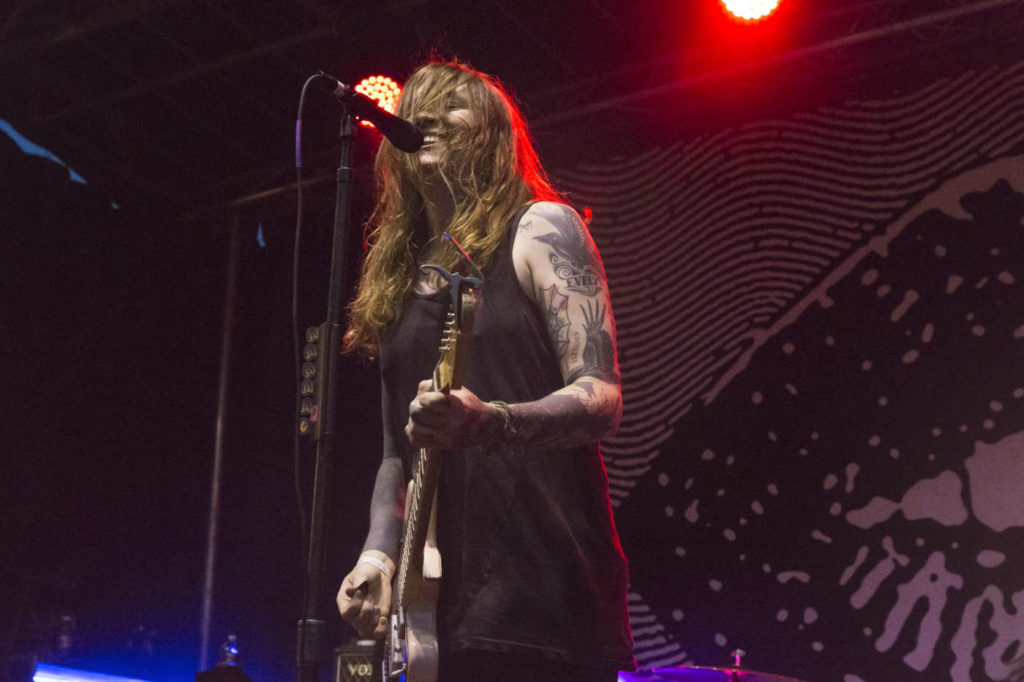 Miski told me how I could get backstage and where the ramp was to get side stage was so Haleigh and I jetted that way. My friend Connor was working security back there so it was nice catching up with him, plus he would come in handy in a little bit. When I laid eyes on the ramp, my heart dropped. It was way steeper, higher, and more narrow than what I’m typically comfortable with. It was one of those aluminum loading ramps (they were using it to get gear and such onstage) so I knew it was solid, but yikes. I debated for a second before deciding to bail. As I turned back to find a place among the growing and rowdy general population, I caught and locked eyes with Steve from PUP.

“Are you Steve from PUP?”

We’d spoken online a couple days prior about meeting, so I was geeked to actual have that happen. As we’re talking, Kelly, the bass player of Camp Cope came over and asked if I was going to go side stage. They were up next and other than PUP, probably the band I was most excited to see. I explained to her my nerves about the ramp, to which she replied, “I think if you will it hard enough, you can get up there onstage and hang out with us. It’ll be fun.” That was the last vote of confidence I needed. Connor and Haleigh guided me up the dang thing so easily that I never should’ve had a doubt. I just had to go for it. After all, that’s how I’ve found myself in the position to do most of the cool stuff I’ve gotten to do in my life anyway. Thanks for the brilliant reminder, Kelly!

Holy moly, am I ever grateful. Camp Cope’s first ever Michigan performance was perfect. Their new album, How To Socialise And Make Friends, is one of the best of 2018. They played a bunch of the new bangers including my favorite, “Lost: Season One.” That bass line though! It was aggressively threatening to rain at this point, but alas we only got scattered sprinkles, surely not enough to hide my big dumb tears. It was beautiful. The only downside to Camp Cope’s set was when some dudebro interrupted Georgia’s monologue about sexism in the music scene. The irony is his interjection was actually stomach-turning. When will some dudes learn to just shut up for two seconds?

If you’ve read my review of All At Once by Screaming Females, you might remember me saying that Marissa Paternoster is my all-time favorite guitar player. Sure, I’d seen them live before and just being in the same room as them is an experience in power all its own. But to be this close had my skin tingling. Watching Paternoster’s fingers shred up and down the neck of her guitar right in front of me was unreal. It made me appreciate her playing and precision even more… if that’s even possible. My jaw was in my lap.

Haleigh’s biggest inspiration as a drummer is Ricky Mazzotta of MewithoutYou, so she was super pumped to see them. And let’s be real, so was I. This band was crucial for me in my transition from high school to college and real life. They’ve been a constant throughout my entire adult life, so they’ll always be held dear in my heart. They played a good variety of songs from almost their entire catalog, which rules because it’s as quality as it is deep. Probably the coolest part of their set was Michael Weiss’s kid sons were on stage with them and his brother, Aaron being the adoring uncle that he is, played with them during vocal breaks. Probably the most wholesome thing I’ve seen in a long, long time.

Now, I’d seen PUP one other time, back in November 2016 at my favorite Grand Rapids club, The Pyramid Scheme. But not even that could prepare me for seeing one of my favorite bands ever from the distance of an NBA free throw away. They stormed the stage and immediately the sun broke through the clouds for the first time all day. How appropriate, right? The sun beat down on the now energetic crowd surfers throughout their set. I caught my photographer friend (and partner for this piece), Matt’s attention from the photo pit and we sang along and finger pointed together to “DVP” like the big dumb dorks we are. It was glorious and cheesy and everything I love about pop-punk.

At this point, I’d guzzled two bottles of water and had to take a leak and maybe get some of that expensive food truck food in me. So I backed my way down the once treacherous in my mind but now easily navigable ramp. Maybe it was just the adrenaline coursing through my veins, but I was fearless going down that thing. At the bottom were all the sweaty PUP guys and I seized the chance at a photo op and to tell them the story of my van and how and why I named it after their song “MABU”. I’d dreamed of this moment for so long and it actually happened! The dream is never over. They were stoked, I was stoked, we were all stoked.

As I was weighing my food options, Erika offered me the last slice of her pizza. So I mean, what do you think I did? Come on, what a score. Plus that freed up the rest of my funds for merch. Thanks Erika! I nabbed a physical copy of the new Camp Cope album and their t-shirt featuring the band members as cats. I’ve barely taken it off since. We quick stopped at the front gate to see if we could switch Haleigh’s backstage wristband to Anthony, to which there was no issue. It would have really upset me had Anthony not gotten to be by my side for Against Me! They’re probably the single most influential band to his own, Shoebox, and the one we’ve bonded over the most in our friendship. This was going to be tight.

On our way through the back area toward our handy dandy ramp, we saw Laura Jane Grace sitting tuning one of her guitars. Not wanting to take up her time before she had to get onstage, I opted for the ol’ “Laura, I love you!!!” on my way past. Instant shame washed over me. But she was honestly pretty cavalier about it as she looked up and said “Oh hey, right on! Right back atcha” and continued to work on her axe. Her acknowledging my idiocy with a smile says a lot.

For being such a long time Against Me! fan, the stars never aligned for me to see them before Three Stacks. Now I was seeing them literally under the stars and up close and personal. I thought I might cry, but I think that emotion got lapped and I fell into utter serenity. I was all calm smiles for their entire set as Georgia from Camp Cope and Stefan from PUP hung out by my side. Having Anthony right there with me was the most special though. This was Andrew Seward’s second or third show back as a member of the band and the chemistry was on full display. My favorite moment of the entire day was when Laura went over to Andrew, playfully slapped his chest, grabbed his shoulders and quietly said, “We’re back, baby!” just loud enough for the two of them and the people in my corner to hear. It felt like magic is coming.

I’ll admit, Anthony and I hung around longer than we probably should have trying to meet Against Me! and try to get a photo together. But all of them except Andrew were nowhere to be found. Ah well. We got to chat with him and his excitement to be back was overflowing as he told us about his flight plans and upcoming tour. That tour was apparently announced online during their set. When we asked him if they’d be back in Michigan, he responded, “Yeah, at the end of July in Grand Rapids. I think the venue is called The Pyramid something…” Man, is the world ever small sometimes. Needless to say, we got our tickets to that show the next morning. Maybe I’ll get to apologize to Laura for shouting my love to her.

We found MABU in the nearby parking lot and started our trip home. Our friends in Bong Mountain and The Plurals were playing that after party I mentioned earlier, but we were beat. On the way back, we stopped at a McDonald’s for midnight burgers. I’ve never been a fan, but damn were they tasty. It was probably just the high we were riding from such a perfect day.

Erika asked us what it was like to be up on the side stage platform. Honestly, it was a little weird. In a good way, of course. I wouldn’t have wanted to be anywhere else, but it was still weird. It felt intimate being so close, but then I’d look to my right and there’s just a churning sea of something like 1,000 people immediately there. With that being said, having talked to quite a few different people about their experiences at Three Stacks Fest. The general consensus is that it was the perfect size and that it felt big yet personal. If it were up to me, I’m not sure that I’d change anything if they do it again next year. Tickets were cheap, the location was unique and interesting, it was reasonably accessible, and the lineup held some of my favorite artists. I had a blast and I haven’t heard anyone say otherwise. Go, Fusion Shows, go!

Check out the below photos of the second half of the day taken by Matt Oberski below and check out Ty’s Part 1 coverage too! 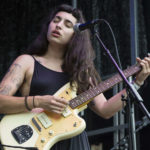 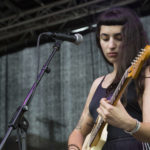 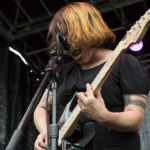 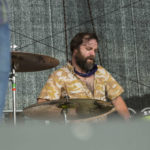 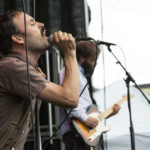 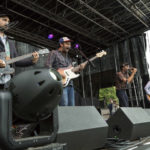 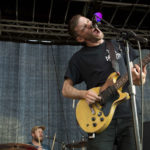 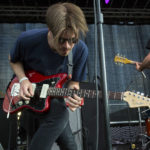 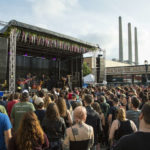 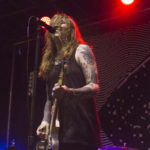 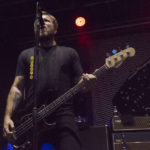 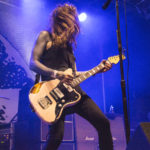 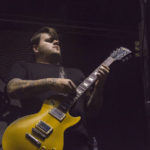 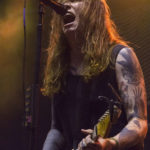 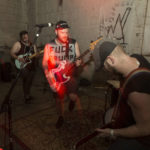