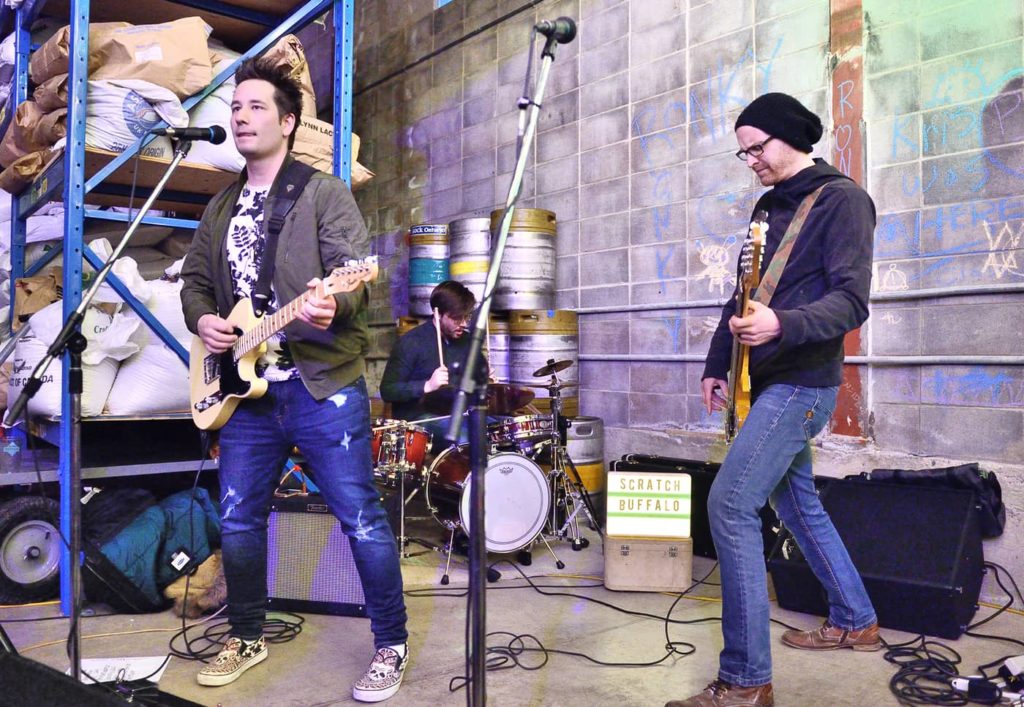 Scratch Buffalo, Alberta-based Garage Rock trio, has announced that they will be self-releasing their debut self-titled album on May 18th. The eleven song LP was produced by The Thermals’ Hutch Harris and the band recorded it almost entirely live over the course of two days.

The band originally formed in 2014, and released EPs in both 2016 and 2017. This past January Scratch Buffalo wrote and recorded 50 new songs in 24 hours, raising more than $4,000 for cancer treatment! You can check out footage from that amazing feat here!

We’re also streaming the first single off the new LP. Listen to ‘Kill the Sky” and “Poltergrease” now!