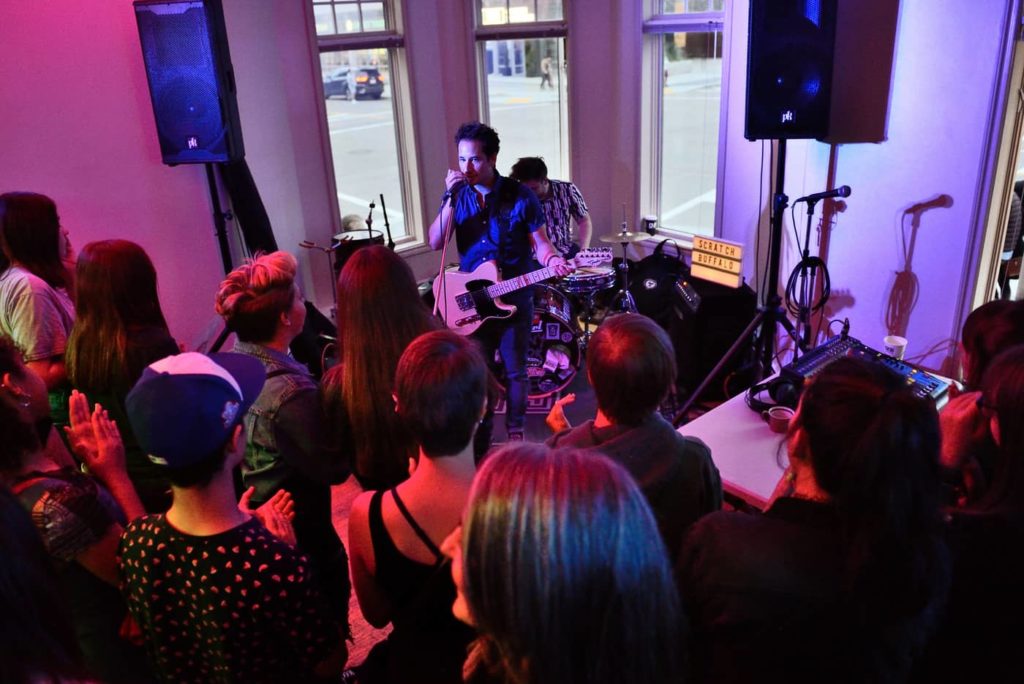 We’re premiering a brand new music video from Calgary, Alberta’s Scratch Buffalo. The song, “Sugar, Shake a Freak” is the follow-up to the release of their August single “Shoot Me With Your Kamera.”

It’s a song we’ve been closing out our shows with because it’s excellent for jumping up and down and losing your mind to. We decided that a video would be a lot more fun that just releasing the audio – so this past week we bought a bunch of strawberries and filmed some weird stuff. Chris spent the weekend creating the animations!

Watch the new video now and keep checking back for more updates from Scratch Buffalo!