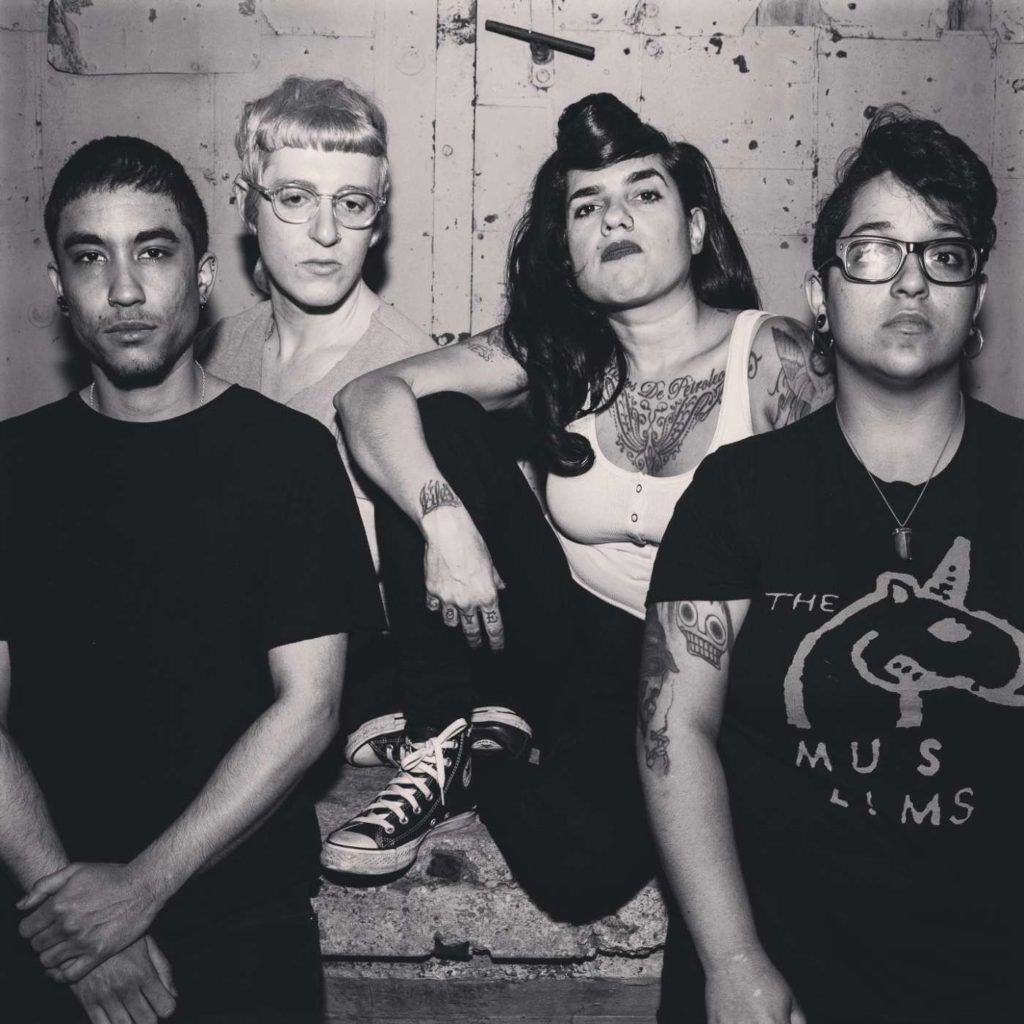 Choked Up has released their first full-length album, entitled Dichoso Corazon. The record was engineered and produced by Pop-Punk studio legend Mass Giorgini at the Sonic Iguana. Dichoso Corazon is the culmination of two years of the band’s existence and twenty years of C. Road’s songwriting. It was self-released under the name CROADCORE Records, after Road’s art/work title; with a tape release by Get Better Records.

C. Road, who has been creating art and music in the punk rock community since the mid-90’s with her fanzine The Green’zine, had the following to say about the new album:

“These songs bring me back to where I came from– writing love songs about the end of the world, alone in my room, hoping my bandmates like them.”

Stream Dichoso Corazon now and keep checking back for more updates from Choked Up!