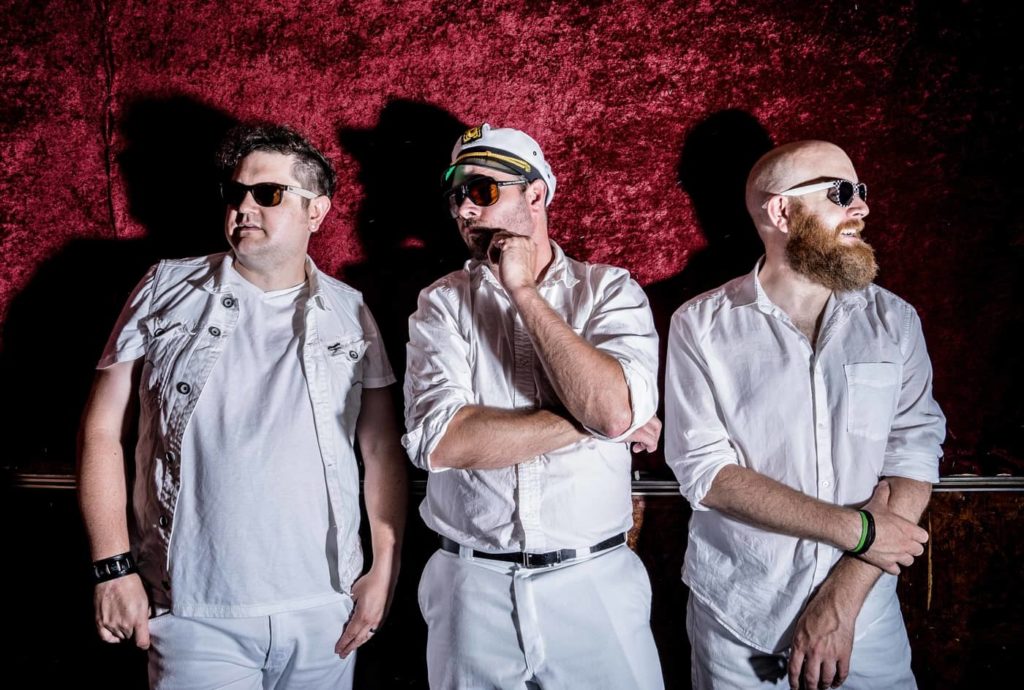 Milwaukee’s Devils Teeth is throwing all the rules out of the window with their upcoming debut release Suki Yaki Hot! The ten song album, which will be released on August 24th, is both self-recorded and self-produced by the band and mixes the energy of surf rock with the dissonance of post-punk. It’s got something for everyone – a youthful punk tone, dancey reverb, a saxaphone, and the theatrics of old Spaghetti Western soundtracks.

Today, we’re stoked to be streaming “The Junction Street Eight Tigers” off Suki Yaki Hot! The title is taken from Bruce Lee’s Catholic School gang when he was twelve years old, of course!

Devils Teeth had the following to say about the new track and album:

“Thanks to Bad Copy for premiering one of our favorite tracks, “The Junction Street Eight Tigers.” Our debut, Suki Yaki Hot!, was a blast to write, record, and produce ourselves. Each session evolved into a solid hangout among good friends — and that fun-factor translates well through the whole record. Do us a favor and crank this track while cruisin’ around town with the windows down. Double-down on those good vibes!”

Listen to “The Junction Street Eight Tigers” below and pre-order your copy of Suki Yaki Hot! now!