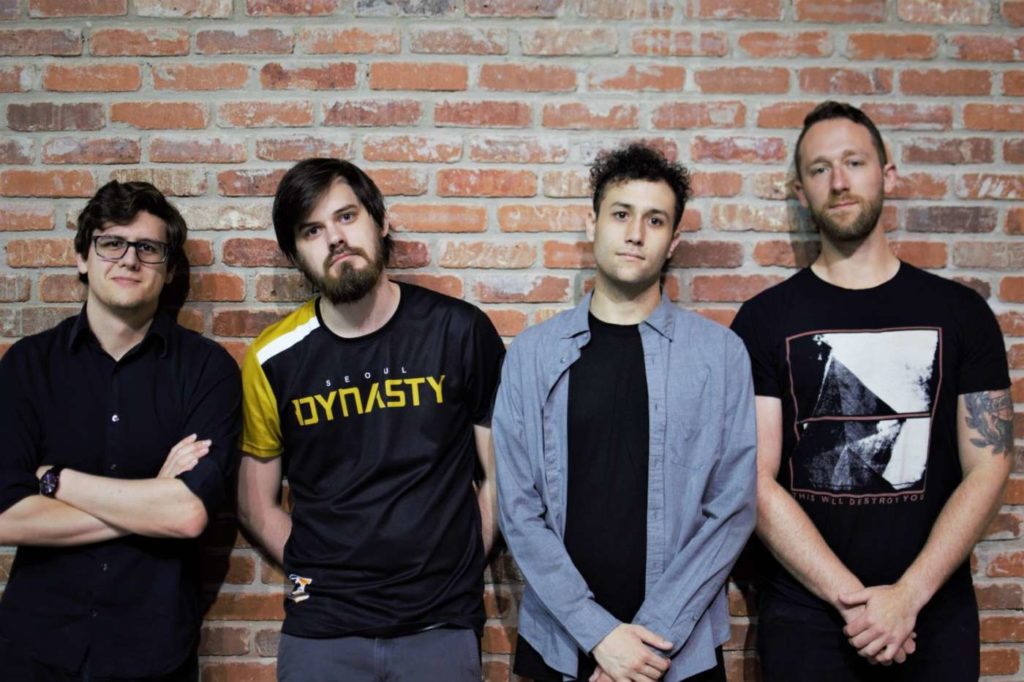 Feeny, the “happysad” Emo four-piece from New Brunswick, NJ active since 2011, has released their first full-length record today. Between the Bookends is unique in the full arc of its narrative, at least in the sandbox of Emo/Pop-Punk where Feeny plays.

At its core the album is about a break-up but more specifically it’s about growing up, and it’s a surprisingly tight and cohesive narrative that leads the listener to that point. Feeny doesn’t just chart a course through the stages of grief, the band places you solidly in the shoes of their unnamed protagonist as years pass by and pain gives way to rage, then utter defeat, before ultimately landing solidly in nostalgia. It’s not good or bad inherently, and in that way you never really get over the heartbreak of the first track. All you can do is look back on it from a distance nine songs later and remember with gratitude that you felt something.

Lead vocalist/guitarist Matthew Koerner had the following to say about the new release:

“Resisting nostalgia is an ongoing struggle for me. For these songs, I gave in. I wanted to tell the stories of my friends that I haven’t been able to tell before. This is a record about entropy, living among memories, arrested development, resisting change, loss, unrequited love, aging, agony, and ultimately moving forward.”

You can stream Between the Bookends below or check Feeny out on tour once the world reopens!