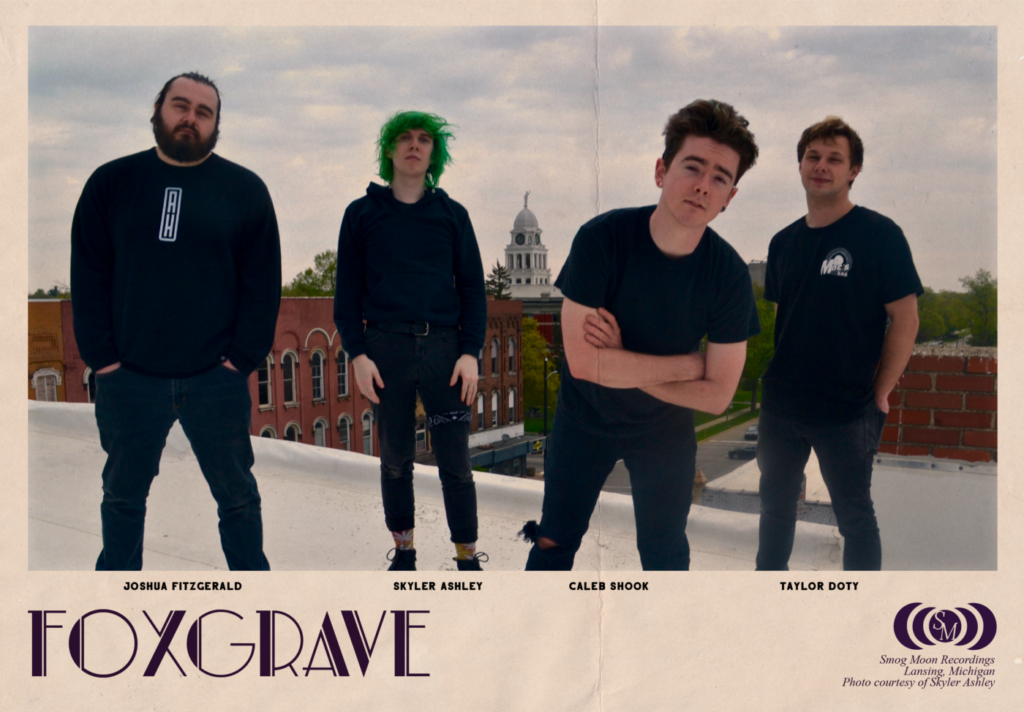 Lansing, MI’s Foxgrave has announced that the band will be releasing a new EP, entitled Snake Oil, on June 4th via Smog Moon Recordings. The new album will be released on a limited edition single sided 12” record which will feature all five songs. The EP is so refreshing and alive that you’ll have a hard time believing it was written during the international pandemic disaster of 2020.

Today, we’re stoked to be premiering the first single, entitled “Still.” Pre-orders for the album have also now gone live via the Smog Moon Recordings Bandcamp page. Reserve your copy and stream the new single below!