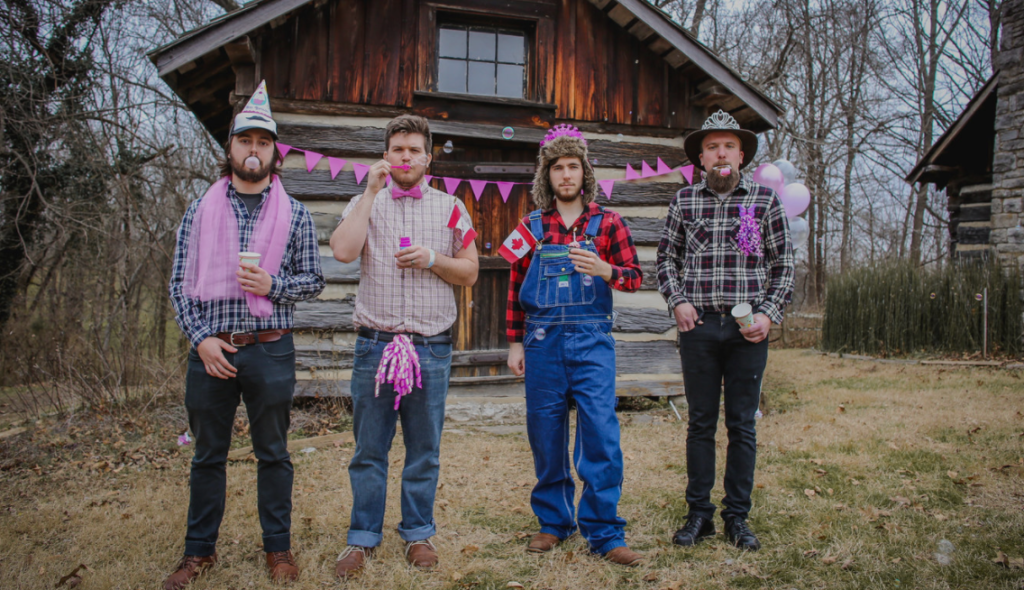 We’re premiering a brand new music video from Nashville’s Ghost Town Remedy for their song “Nacho Business” off their debut full-length, Dry Spell, out now on the band’s own Never Nude Records.

The pioneers of “rad dad rock” specialize in a wry, crushingly-honest, punky Power-Pop. Lyrically, they tie together topics as disparate as computer gaming, tragedy, seasonal depression, weed, Taco Bell, and the friend zone. It’s also about the battles with creativity, the ghost of depression, the ups, and downs of being a scrapping indie band, and the times of emptiness that follows the loss of a loved one.

Ghost Town Remedy singer/guitarist TJ Maher explains the song’s genesis in a night where the band:

“(We) wound up at Taco Bell at 1am with a severe case of the drunchies and the rest was history. The next morning, Steve (Lane, drummer) woke up hungover with a fragment of a taco shell stuck to his face and that inspired the first line of this song. The song itself is about realizing your true friends, much like tbell, will still be there for you even after everyone else has left you.”

Singer/Drummer Steve Lane spoke on making a music video during the pandemic:

“As far as video shoots during a pandemic go, your options are a bit limited. We had done a story driven video with Therapy, a series of experimental vignettes with Holy Hangover, and an in-studio/crowd participation video with A Lesson in Shape Shifting. One of the last ideas we had (as well as many other bands) was to utilize the green screen. I’m a huge fan of the Tim and Eric/Vic Berger editing style and wanted to give it a shot for our ‘Nacho Business’ video. We grabbed my old green screen, a greenman morph suit, and various random props we had lying around the house and shot a bunch of footage without any real plan. We did a bunch of stupid things that we thought would be funny. Then the magic came in the edit. I honestly didn’t really know what I was doing for the first chunk of the edit and was just trying things that I thought would get people laughing. As I got further into the fever-dream, I learned some new editing tricks and the clips kind of just fell into place. I wanted to make a video where every time you watch it, you would notice something new. I think I achieved that and am excited to get it out to the world to experience.”

Check out the video for “Nacho Business” below, grab your copy of Dry Spell, and keep checking back for more from Ghost Town Remedy!