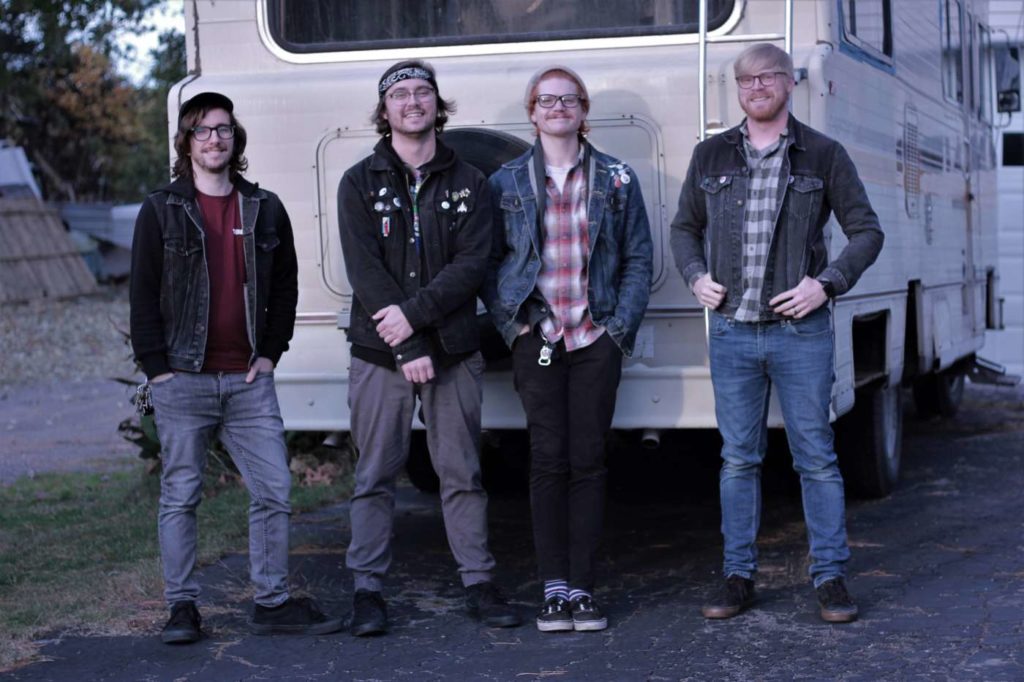 Ghost Town Remedy has released a lyric video for their recent single “Winnebago” (November 19th via Never Nude Records). The song is taken from the upcoming Terminally Chill EP, the follow-up to the band’s 2020 debut full-length Dry Spell.

“Winnebago” sees the Nashville-based band pack up the station wagon and hit the road in time for the holidays. Since long before Cousin Eddie rocked up at the Griswolds in his “tenement on wheels,” the RV has been a mainstay thorn-in-the-side of the American holiday experience and in just under three minutes, Ghost Town Remedy vent their own twist on a familiar tale. With vocal duty split between drummer Steve Lane’s ragged frustration and guitarist TJ Maher’s weary pleading, the band deliver an odyssey of cop-dodging, fast-lane-hogging RVs and belated apologies. All wrapped up in one of the crunchiest riffs yet from a band that take as many cues from Thin Lizzy as they do Green Day. Being stuck in traffic has never been so much fun!

Check out the lyric video below and keep checking back for more from Ghost Town Remedy!