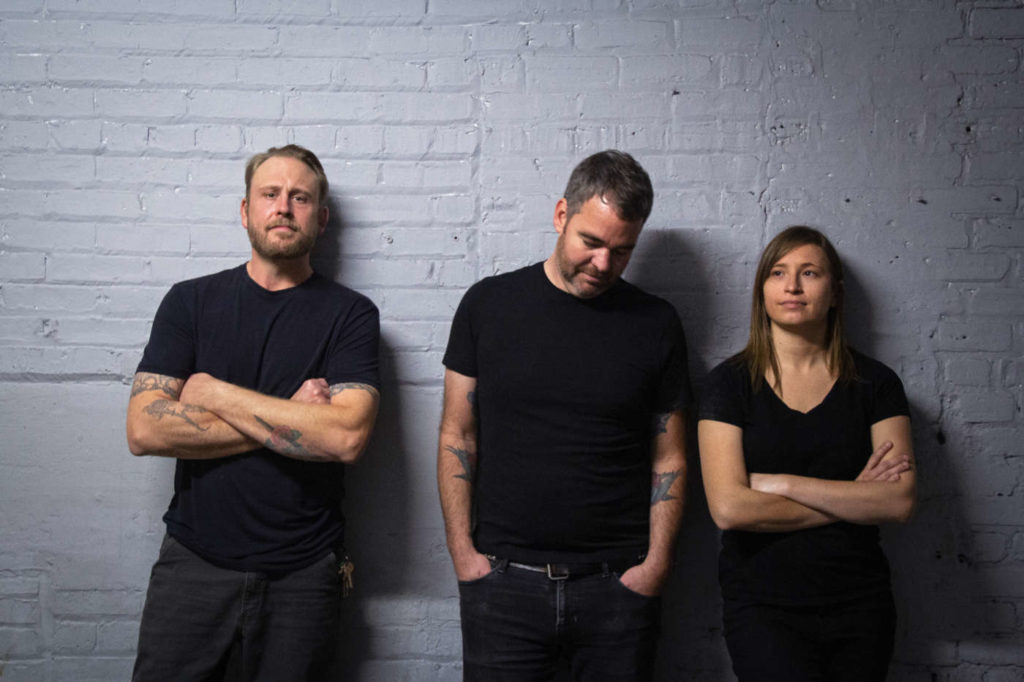 Chicago’s Heavy Seas will be making their debut on July 16th when they release their debut album, Everything Breaks. The ten song record is being co-released via Sell the Heart Records, Rad Girlfriend Records, and Little Rocket Records (UK/EU) with pre-orders on two vinyl variants available now.

Heavy Seas is Jeff Dean (All Eyes West, Dead Ending, The Bomb), drummer Ronnie DiCola (All Eyes West, The Arrivals) and bassist Katie Karpowicz (Airstream Futures). Everything Breaks was recorded with J. Robbins (Jawbox, Government Issue) at Robbins’ Magpie Cage Recording Studio in Baltimore. Robbins and co-producer Rodrigo Palma (Saves The Day) channeled the raw talent and energy of a newly formed band into a release that’s as controlled as it is catchy.

“The music and the energy in all of Jeff Dean’s bands has always been great, but there’s something about the chemistry between the players in Heavy Seas that makes it extra-special. Katie’s bass melodies, Ronnie’s incredible drumming pushing everything forward, and last but not least the fact that, after so many years as a guitarist with a distinctive sound and energy, Jeff has taken this big leap to become the singer as well. Maybe for that reason it feels like his most personal project. The record (as usual with Jeff’s bands) was a lot of fun to make, but as a friend I’m also proud of Jeff for putting himself on the line in this way, and it’s awesome to see the real friendships at the core of this band, as Katie and Ronnie really got behind him to make it possible.”

Check out the lead single, “Waves & Dreams,” below and keep checking back for more from Heavy Seas