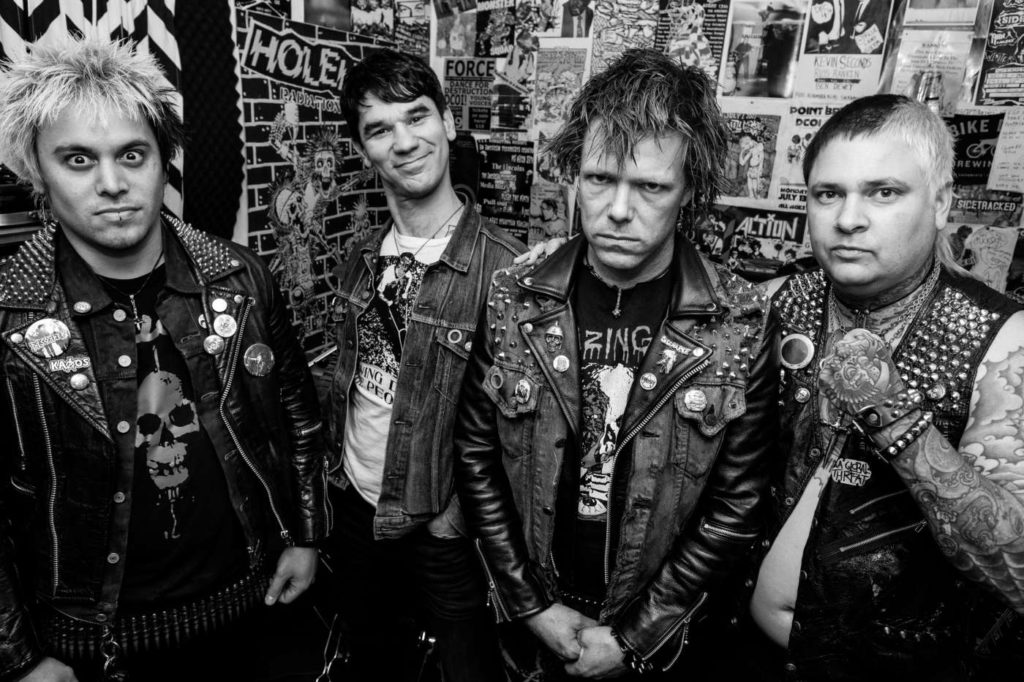 Sacramento-based band Holehog has released their sophomore album, Dystopian Reality, on vinyl! The album was initially released a few months ago digitally and via cassette. The new record is self-released on Addicted to Chaos, the band’s singer’s clothing and art line.

Dystopian Reality is a bit darker than their debut effort and showcases Holehog’s growth both lyrically and musically. The album is out now with 100 copies on red, 250 on black, and all copies include a 11×17 poster and a printed inner sleeve. You can also grab the LP or a bundle with the album and shirt on the band’s Bandcamp page.

And you can stream Dystopian Reality in full below!