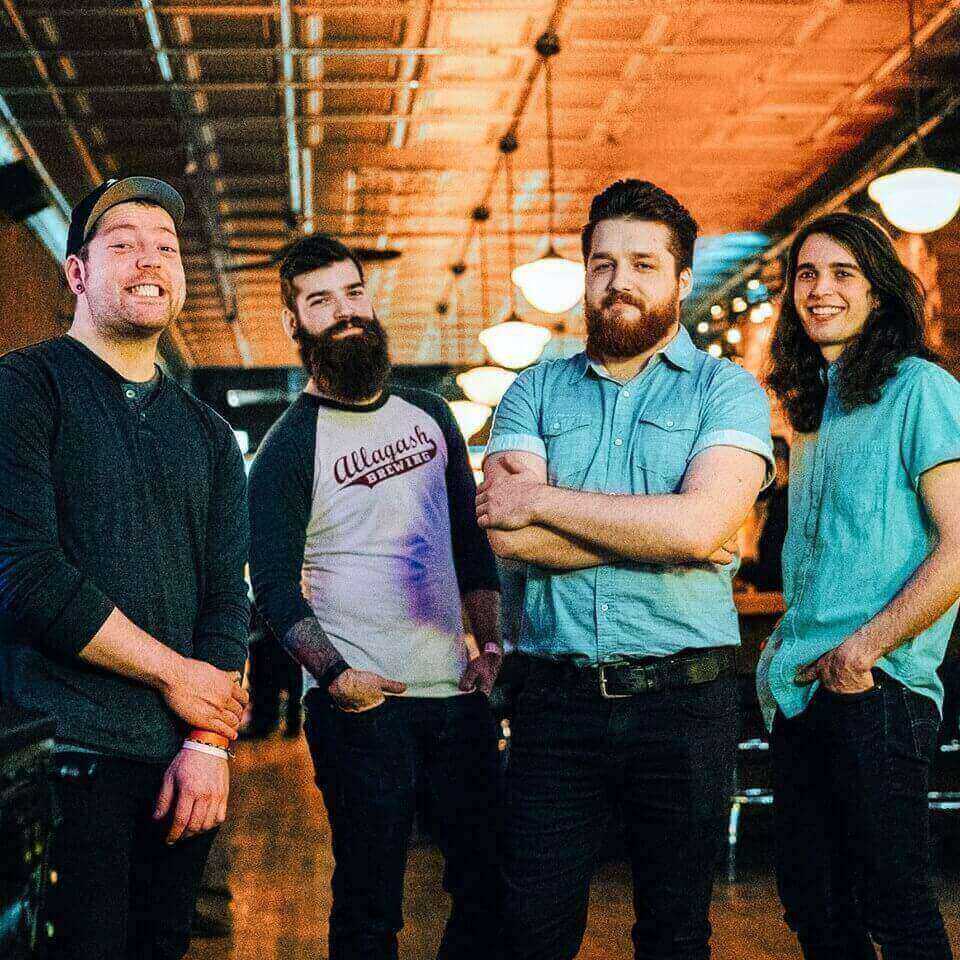 Friday the 13th is a superstitious day by all accounts. Strange occurrences, horror slashers, terrifyingly cheap flash tattoos. According to research by the Stress Management Center and Phobia Institute, it is the most feared date in history (yes, that is a real thing they studied) with up to 21 million people in the US holding a legitimate fear of the date. So much so, that almost $800 million is lost to businesses because of it. But Friday April 13th, 2018 will be different. Instead of ducking away from this dark day, Chicago’s Otto Mann are embracing it and using the occasion as the release of their final EP, Relatively Accomplished Dreams, as well as marking their final performance. At the end of this article you can find an exclusive stream to the EP, their first release since their debut full length, Lousy Weather. But that is simply the guise under which this article was written. This is a eulogy to a band who has deeply embodied the best parts of the Chicago punk scene.

The first time I encountered Otto Mann was during our early 2016 Soothsayer Release Show for the World’s Scariest Police Chases ‘Pepper Spray’ hot sauce. It was a whirlwind day that involved Malort shots over trying to figure out how to hot sauce glaze a box of donuts. By the time we got to the Subterranean, I was a nervous wreck. I barely knew the WSPC boys and had never heard of Otto Mann or Ribbonhead, the evening’s openers.

Then Otto Mann started. From the get go, I was hooked on the bands no-added-sugar pop punk-ish sound and the stage presence of singer, Vince Abatte. They were up there in front of the fifteen people who were out early for a Friday matinee show just having a fucking blast. That’s something that has always impressed me, to watch a band who is playing all out because that’s the only kind of energy they have. Vince took a spray of hot sauce to the face that night, not more than ten minutes after our introduction. We all ate spicy donuts and washed them down with more Malort shots. By the time WSPC went on, we had all exchanged numbers and were planning a time to hang out. I felt like a kid on the first day of kindergarten who met their new best friends.

Over the coming months, there wasn’t a show that I would go to without running into Nic, Vince, Eddy, or Dan. Usually, it was a combination of most if not all of them. They are not the kind of people who stand in the back, while there is fifteen feet of room between the bright stage and the abyss of whatever the band can see beyond those lights. They are up front, singing along, buying you a beer between songs. It was so amazing and so refreshing to see people so invested into the work of their peers… not just when The Menzingers or Iron Chic comes around or for a fleeting weekend in Gainesville. While some bands will come to shows out of a mutual reciprocity/paying dues attitude, this was never the case with members of Otto Mann. They were there because they love what you are doing, they love what you are contributing to our community and because they love you.

The release show for Lousy Weather was one of the best nights of my life. It was at the Burlington, a notably dusty Chicago venue with a room that sounds like the inside of a shoebox. Walking into the bar that evening was like walking into what I imagine a class reunion would be like if I gave a fuck about anyone I went to high school with. I hate to sound all hippy-dippy, but there was an electric feeling of friendship in the air that evening. It was one of the first time I’ve walked into a place and known everyone there… and I knew almost everyone because of the magnetism that came from this band and its members. We were all so proud of what they had created and there were not enough hugs and high fives to express it. Somewhere there is a picture of me with this pained expression of pure joy.

I’ve had a lot of wonderful times with the members of this band. We had a lake house weekend put on by Nic where, following an Otto Mann show, we piled into cars in the middle of the night and headed for the Indiana shoreline. Vince was our defacto bartender. It was then that I really got to know Sam Broom, who filled in on bass after Eddy relocated to Mexico City. I could instantly see why he was asked to join Otto Mann. A friendly, kind, and excitable kid who I unfortunately only got to spend a little time with before he moved to Southern Illinois. But the boys will be back in town on Friday and there are many of us here wishing to send them off in the best way possible.

I want to close out with some things that these fellas are/have been up to outside of Otto Mann, as we often lose sight of the people involved in a project. Nic is a graphic designer doing both professional and freelance work while also playing in the formidable Oscar Bait. Vince is a founding member and driving force behind the not-so-secret gentlemen’s eating club #elksclub666. Eddy relocated back to Mexico, but not before releasing one of my favorite EPs of last year for his project At Zero. Dan is a music production wizard and drums for red-hot Chicago pop punkers in Turnspit. Sam is bartending around Springfield, IL while just celebrating a year and a half sober. Here is to one more great night. If you’re in Chicago, come to Quenchers Saloon on Friday for a heck of a show with The Trolls, Acceptor, Minor Wits, and of course… Otto Mann.

You can also stream Relatively Accomplished Dreams in full now!