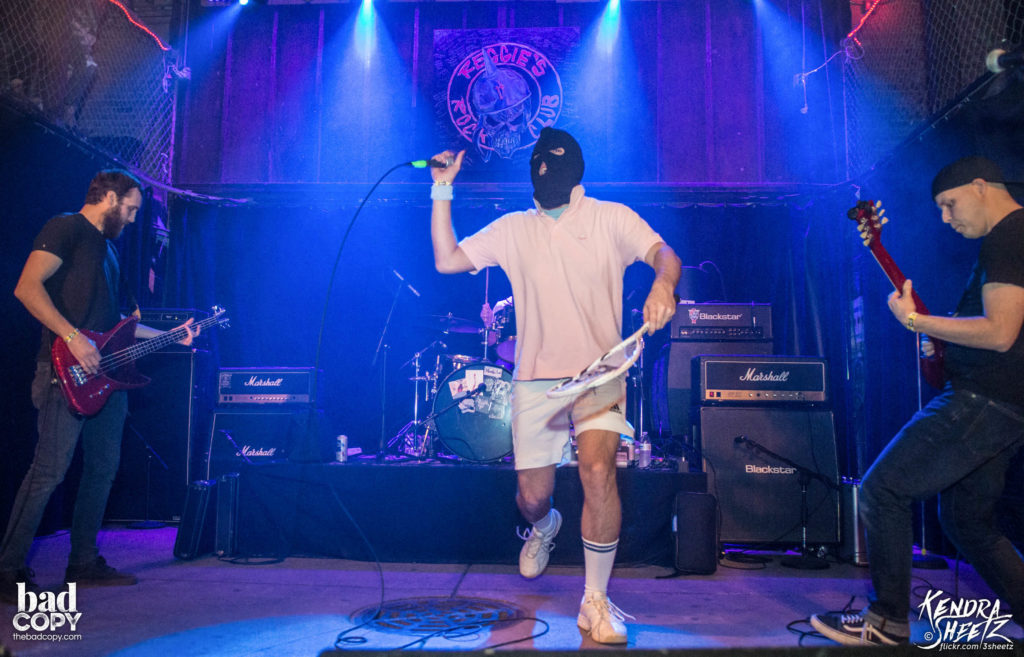 For those not privy to the ins and outs of Chicago’s punk/hardcore scene, over the last few years, an artist has been moving up through the ranks. He graces every stage armed with a racquet and a microphone. He calls himself The Eradicator and bases his onstage persona on a character from the classic Kids in the Hall sketch of the same name. He is squash obsessed, both writing songs about the undervalued sport and dressing the part when he plays live shows. He is also Chicago resident, Andy Slania.

Since its emergence in 2015, the project has moved from something of a joke band to more of a character study of this squash loving maniac. As The Eradicator has grown, Slania has added a full backing band for live performances. The members tend to fluctuate but also consist of members of Direct Hit! and ex-Galactic Cannibal.

Today, we are proud to be streaming a new track off The Eradicator’s upcoming full-length album, The Eradicator, which will be released later this year. The track is entitled “It’s Your Right”. The man behind the mask had this to say about the song:

The Eradicator lives two lives – his personal life, and his squash life. This song was written as a breakup song for anyone who attempts to impede on his squash life, because in his mind, it’s for the benefit of humanity that this portion of his identity remains private.

Stream “It’s Your Right” below and also check out the track list from The Eradicator full-length, out later this year!