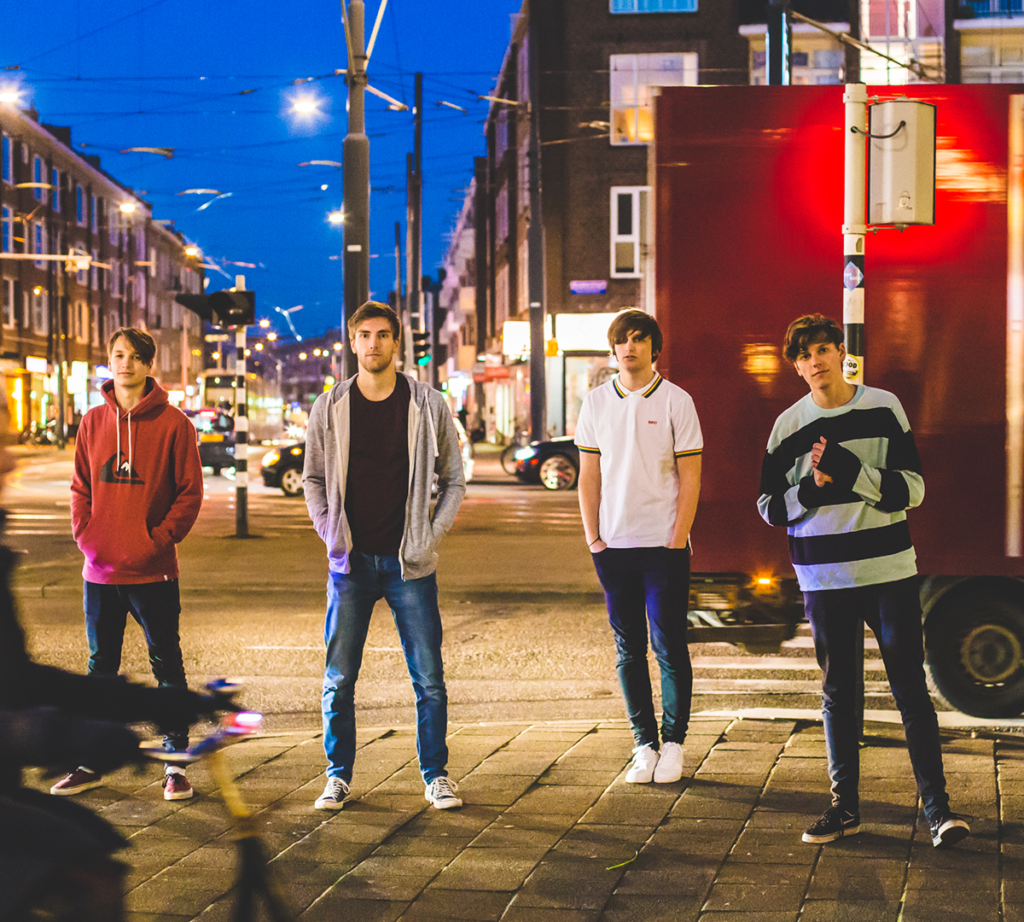 Rotterdam-based Pop Punk band After Elmer has released a new single and an accompanying music video for “Talk.” The new track can be found on the band’s debut EP, Look Alive, which was released in September.

After Elmer had the following to say about “Talk”:

“The song is about sharing all your troubles, but really just the sharing part. It’s about the moment that you just need someone that listens and not a load of quick fixes and ‘you’ll be fine’s. Sometimes you just want to tell someone what’s on your mind and exercise your right to be bummed out about things. There will be a time to sort everything out, but that’ll come later.”

The video is an 8-bit, pixel-art diorama of a street-by-night scene, in which singer Jaap appears on the billboards. It’s not the first time the band experimented with pixelated content; back in March, the band presented their 8-bit Opera-skit, a parody on Pokémon in which they battled COVID.

Check out the video below and keep checking back for more from After Elmer!