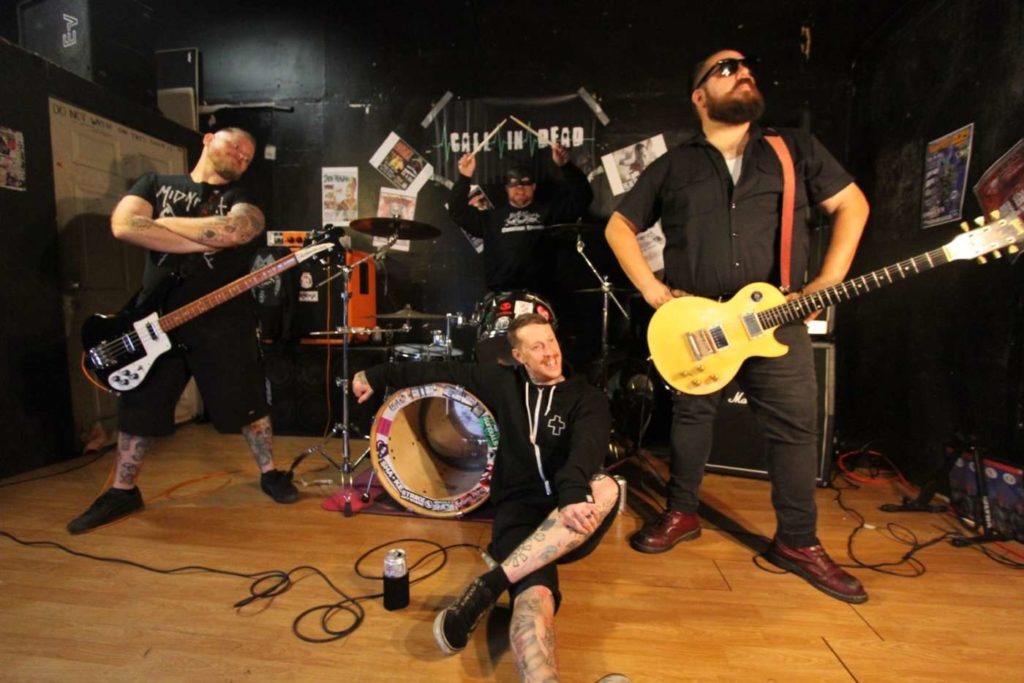 Orlando, Florida’s Call in Dead is back with their latest single, the Ska-tinged Hardcore Punk song “Summer Camp,” a live track taken from their upcoming vinyl split with 2AMature (DCxPC Live).

“Chris had played in Reggae bands in the past, so he brought the Ska part to the band from day one. It just took nearly two years for it to finally turn into a song. We all love bands like No Cash and Leftover Crack, so it was an obvious choice to make it a Skacore song.”

Along with the single, the band leaned into the horror background of the song’s title and has released a video showcasing their love for 80s horror.

“It’s not always easy to say where song titles come from. Jaeh likes to give songs titles that don’t relate necessarily to the lyrics. In this case he got some lyrical inspiration from the old Camp Candy cartoon featuring John Candy. Throw in our mutual love of horror movies and you get the sick ass Skacore song that is ‘Summer Camp’.”

The band’s first tour was canceled due to Covid, but they’ve used that time to put on various live streams, start a record label, raised $2,000 for The Mental Health Association of Central Florida, and get voted Best Punk Band in Orlando by Orlando Weekly readers!

Check out the video for “Summer Camp” below and keep checking back for more from Call In Dead!