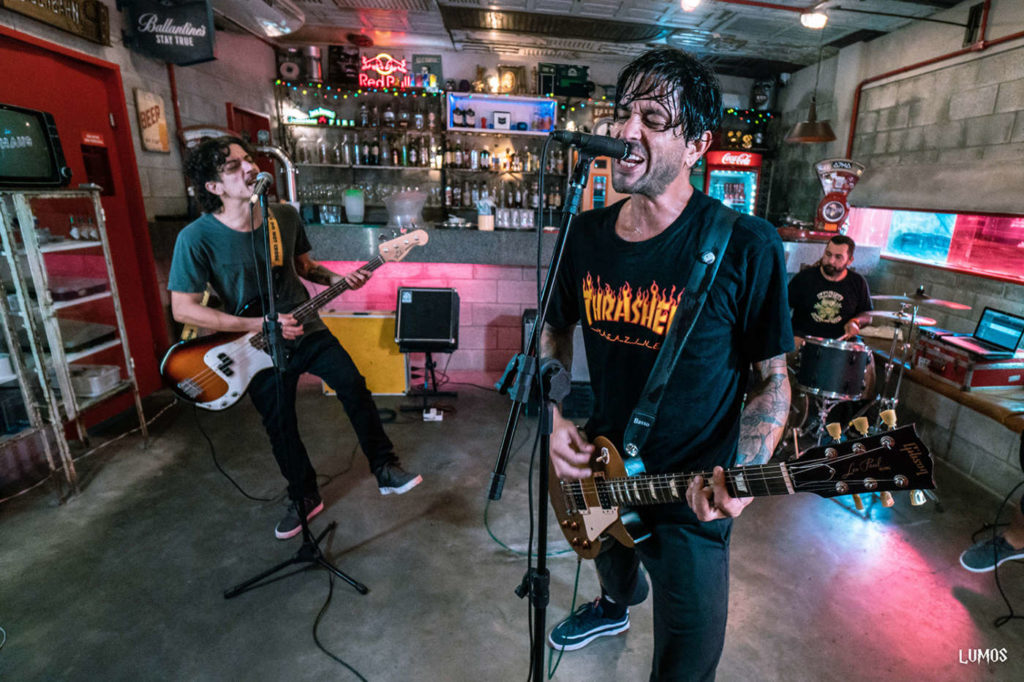 Dan & The Gummy Hunters has released a music video for their song “Empty Hands.” The track can be found on the latest release, an album entitled Memory Lane, which features nine songs in English and one in Portuguese.

After years in the Brazilian Hardcore Punk scene, Dan decided to start writing again with the emergence of the COVID-19 pandemic and the accompanying lock down in Brazil which lasted for several months. After composing two songs on guitar, Dan decided to invest in the purchase of a guitar along with interface and reference monitors, which is how he recorded the songs with electronic drums in Logic Pro X. In late June, Dan contacted producer Davi Pack from Hill Valley studios in Porto Alegre to start recording four tracks. He released the first single, “Let It Go,” which led him to record six more tracks making the project into a full record with ten songs.

“Empty Hands” talks about falling in love at a young age and having to deal with disappointments and losses, and how difficult it becomes at this stage of life, where everything seems to go wrong. For this video recording, the Dan & The Gummy Hunters lineup features Willson Durand on drums, Vitor Pequeno on bass, and Matheus Menezes on guitar.

Check out the video for “Empty Hands” below and keep coming back for more from Dan & The Gummy Hunters!