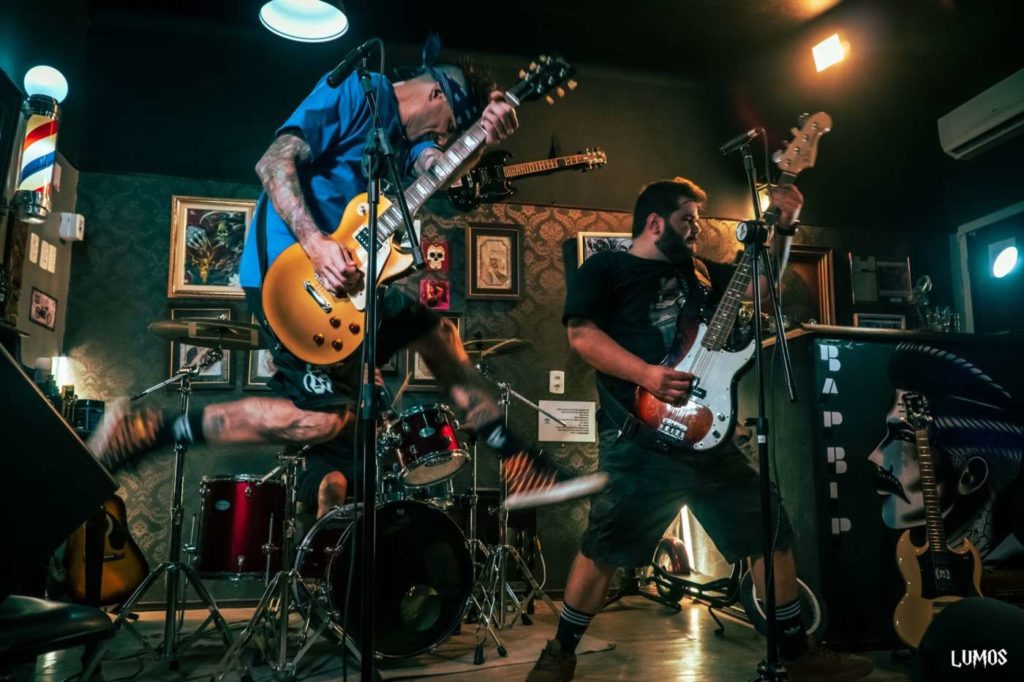 Brazilian band Dan & The Gummy Hunters has released a new video for their song “Let It Go.” The track can be found on their most recent album, Memory Lane. The new album contains ten tracks, nine in English and one in Portuguese with cover art by illustrator Cristiano Suarez. The video was recorded at Barbearia 12 de Outubro, in Recife, Brazil, and was directed by Lumos Estúdio.

After years in the Brazilian Hardcore Punk scene, Dan decided to start writing again with the emergence of the COVID-19 pandemic and the accompanying lock down in Brazil which lasted for several months. After composing two songs on guitar, Dan decided to invest in the purchase of a guitar along with interface and reference monitors, which is how he recorded the songs with electronic drums in Logic Pro X. In late June, Dan contacted producer Davi Pack from Hill Valley studios in Porto Alegre to start recording four tracks. He released the first single, “Let It Go,” which led him to record six more tracks making the project into a full record with ten songs.

Check out the video for “Let It Go” below and keep checking back for more from Dan & the Gummy Hunters!