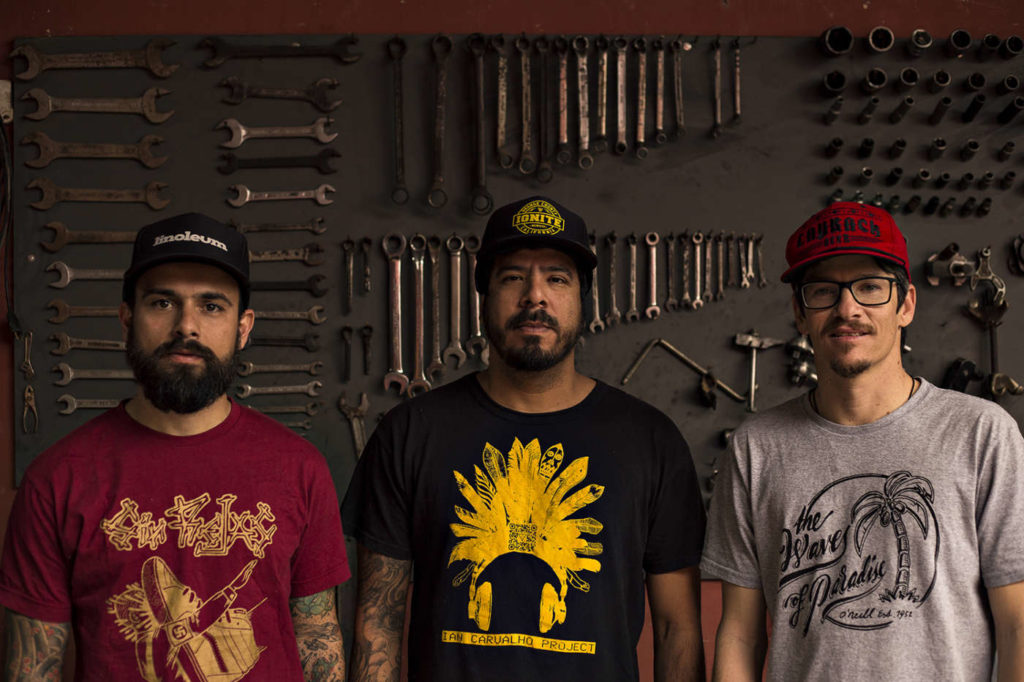 End of Pipe has released a new single which also serves as the title track for their upcoming album, Mass Hysteria. The track sounds a bit different than what the band had been doing before. It’s faster, more hardcore, with lyrics that, despite being written before the beginning of the pandemic, proves to be extremely current.

The new lyric video for “Mass Hysteria” is full of political references and urgent lyrics inviting individuals to express themselves against the Brazilin government’s neglect and public policies through music.  The images seen in the video were made by the band and all editing and finalization was done by Gaby Vessoni, a videographer São Paulo.

Watch the video for “Mass Hysteria” below and keep checking back for more from End of Pipe!