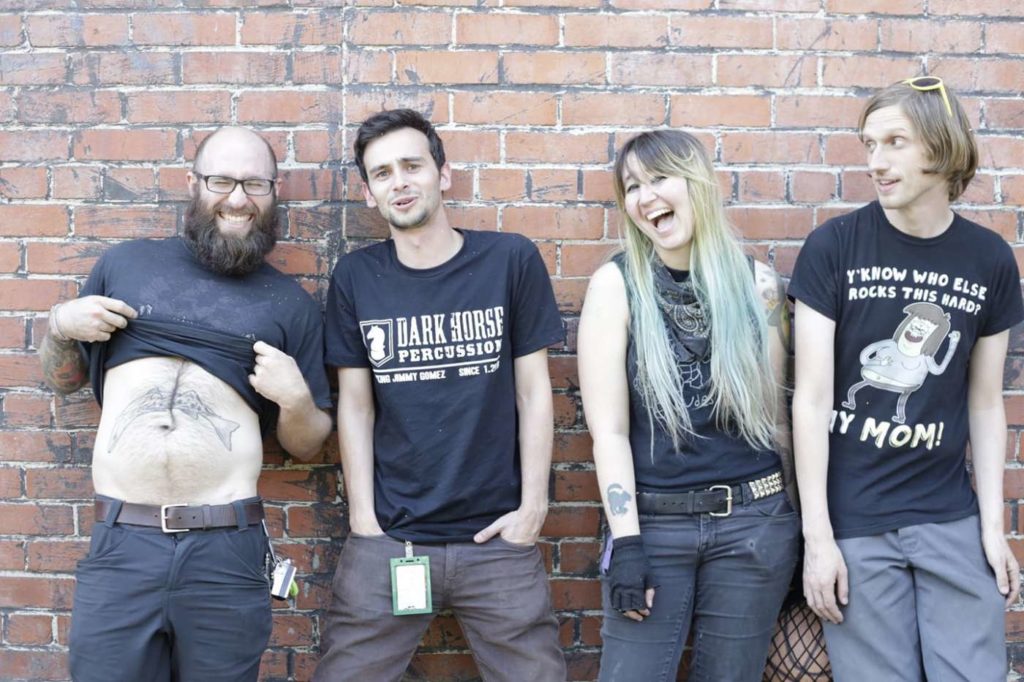 Months ago, I got in an invite to a video shoot. In the message, it said “Warning: there will be glitter/confetti. Please do not bring glitter of your own.” I thought, “SHIT! This would have been the perfect time to use the glitter I’ve been saving for a special occasion! Oh well.”

I did some half-assed research on where confetti originated. I found that, in the middle ages, it was pretty much okay to just hurl mud balls, eggs, coins, or fruit at a crowd during a parade. Now, while it would have been pretty awesome blasting Ilya, Jen, Josh, and Ben (the members of Heartless Folk) with pieces of rotten garbage, or better yet, money, there was certainly no lack of enthusiasm for using glitter and confetti instead.

Armed with a borrowed industrial sized fan and enough glitter to give Rainbow Bright a hangover, Heartless Folk and friends partied their way through two and half minutes of “Tired Anxious Hands”. Their new album will feature the same name and will be released sometime in 2018. Tired Anxious Hands was recorded in the earlier part of this year at Lodasia Sound Recordings, with mastering by Pat Hills at Earthtone Studios. The video was shot by Taryn Lahey, who has also worked with other Bay Area bands like Sister Grizzly, CUT UP, Worth Taking and Build Them To Break.

I’ll let the video speak for itself from here on out. But I have to mention that I found pieces of confetti in my bed, phone case, car, pockets of my jeans, for weeks following. And I was just an extra. Just think of where the band members (especially vocalist Ilya) found it!

Check out the video for “Tired Anxious Hands” below!