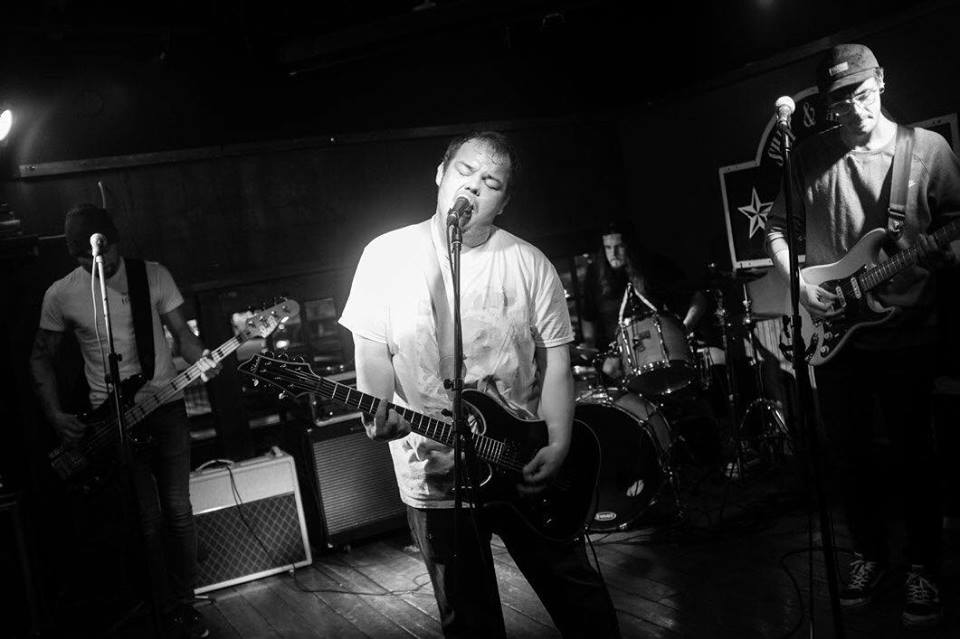 Last month, Calgary punk band Less Miserable announced the release of their upcoming EP entitled Give Up. The album is slated for release in early 2019 via Rhodehouse Records. Today, we’re stoked to be premiering a new video for the song “Don’t Dream Anymore” off the album.

Less Miserable’s drummer, Al, had the following to say about the new video:

“Less Miserable’s first music video, directed by Hans Grossman, features all the staples of a Less Miserable live show: High energy, lots of sweat, heavy riffage, and of course a complete and total absence of anyone at all (save for a guy pooping and an angry tavern owner).”

Watch the video for “Don’t Dream Anymore” now and keep checking back for more updates on Less Miserable and Rhodehouse Records!