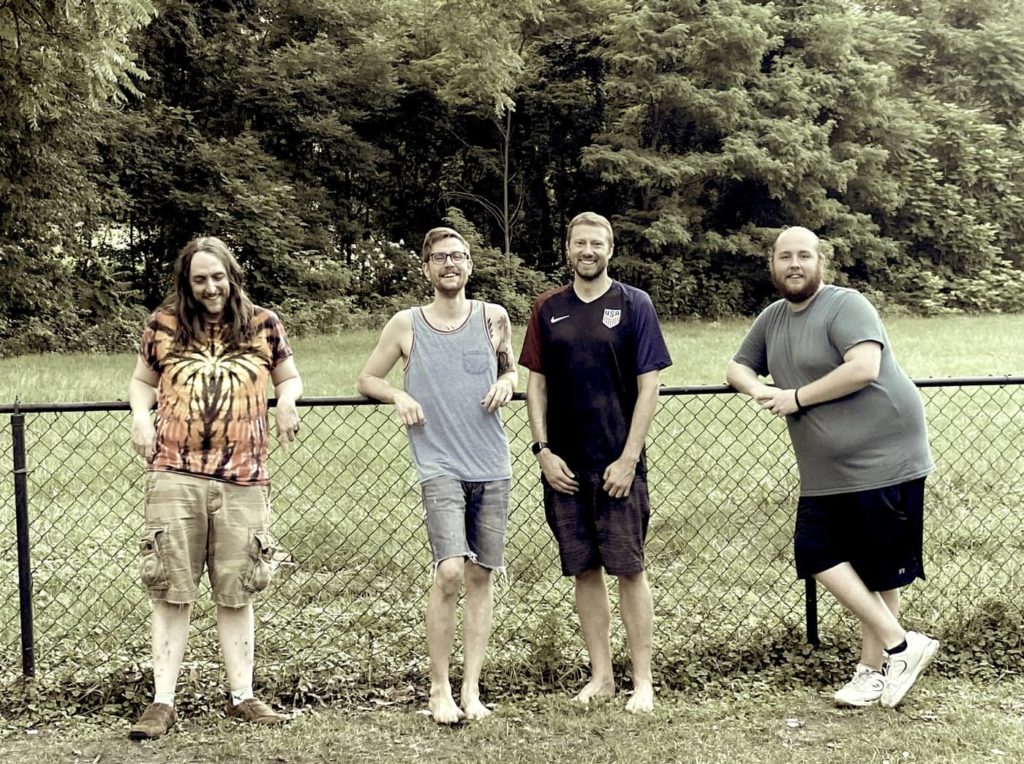 Today, we’re premiering a brand new video from Chicago-based Rock band Press A. The song is entitled “Driving in the Woods at Night Trying to Get Away From Your Life” and will be featured on the band’s upcoming self-titled album, out September 24th. The debut album is the culmination of a collective lifetime of family bonds, creative regrets, you-should-have-been-there tales of past glory, and tributes to their musical inspirations. Best described as ‘Referential Rock,’ their sound is a sonic smorgasbord of all their favorite movies, video games, and other pop culture items that they wasted their youth obsessing over.

Check out the new single and video below!

The band recently released their debut single, “Carcosa Shore,” and Clustercuss Entertainment will be hosting  an official album release party on Thursday, September 23rd at 8pm CST via their Twitch Channel. It will also be a chance to go behind-the-scenes of the making of “Carcosa Shore,” Q&A session with Press A and video’s producers, and hear snippets from unreleased tracks. Make sure you tune in later in the month and also check back here soon for more from Press A!