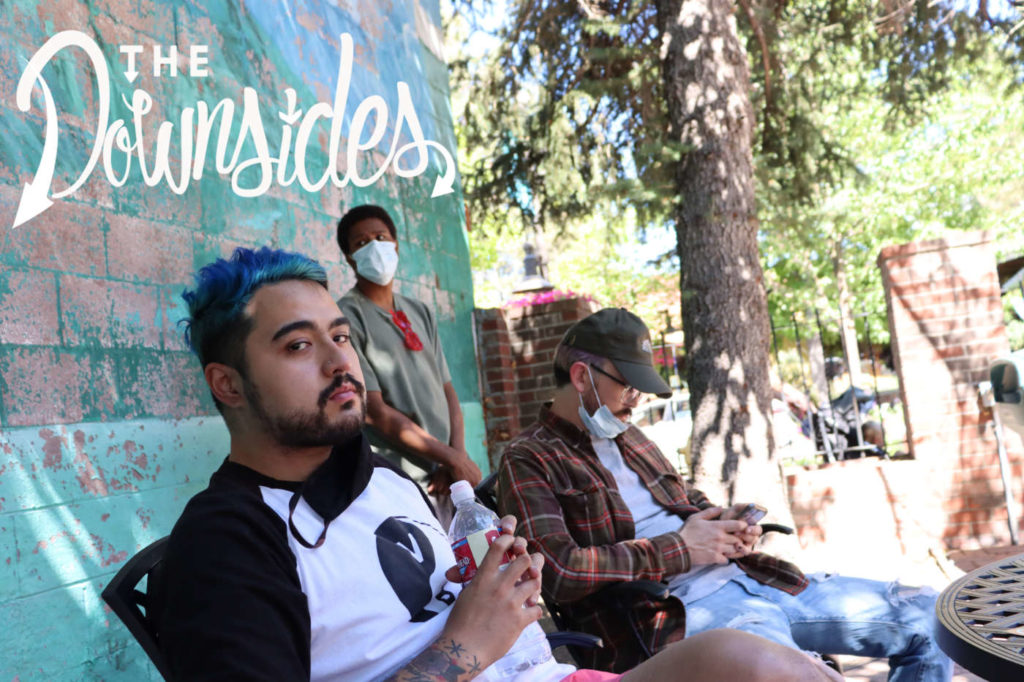 Today, we’re happy to be premiering a brand new music video from Lancaster, CA’s The Downsides for their song “Growing Pains Pt. 2.” Not only was the music video was directed by Vince Beigel (Hubba Media), but Beigel has also been the engineer for the most of the band’s releases including this single.

“Pretty much ‘Growing Pains’ is just about losing control of your life, dealing with losing friends, drinking, vices to try and deal with life problems but kinda realizing it ain’t the way to get ahead, and find better ways to cope and deal with your problems so you can start to take control back in your life. With ‘Growing Pains 2,’ it is just the realization of the first. Kinda mapping out where you want to be in five years or whatever, the five year plan thing.

The chorus kinda just sums everything up, like my brain doesn’t always think towards progression, I have a constant everyday battle within my mind about trying to figure ways to get ahead and progress. But no matter what I just always have to move forward. But life’s ‘growing pains’ for example, relationships with friends or significant others just being shitty, having a bad day at work, losing your job, car breaking down, not having enough money, sometimes the little pains in the ass can pile up enough to just make you too tired to keep going. “

Watch the video for “Growing Pains 2” below:

Like what you hear? Of course you do. The Downsides will be releasing a live EP on October 27th of an session that they did with Hubba Media, so stay tuned!