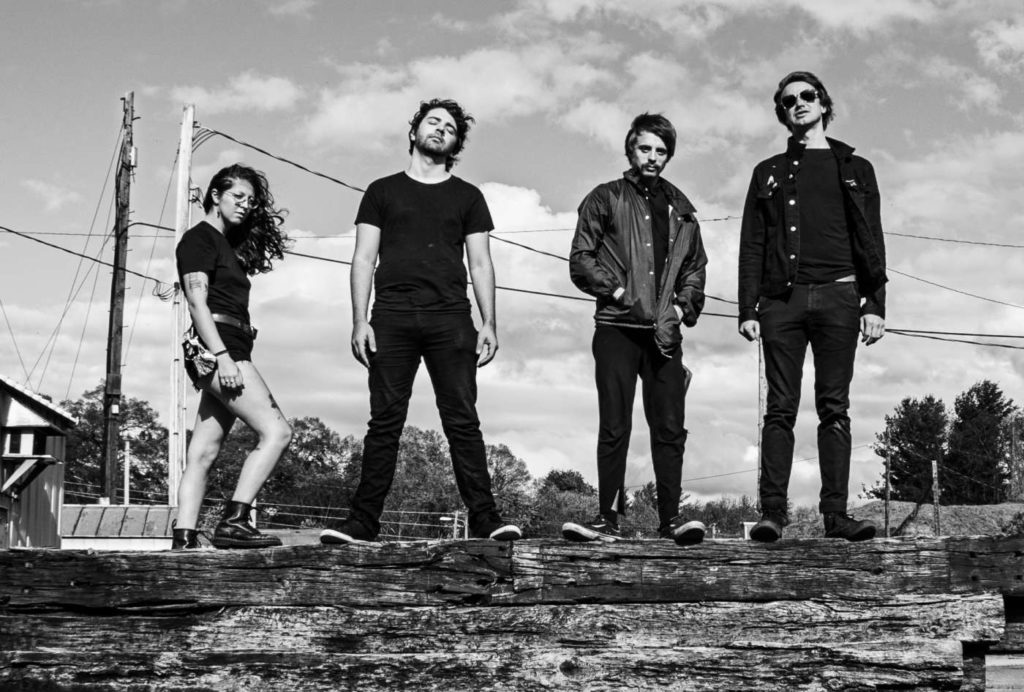 North Carolinian Post-Punk group Tongues Of Fire has announced that they will be releasing a brand new EP entitled Burn My Body Clean. The album, which was recorded live in-studio over two packed days, will be released on August 27th via Florida’s Godless America Records.

In addition to the announcement of the new album, Tongues of Fire has also released the lead single off the record, entitled “Room,” along with an accompanying music video. The track is set in a period of depressive self-isolation that the group’s songwriter Lowell Hobbs entered following his mother’s untimely passing to cancer.

“Believe it or not the song was written pre-pandemic. It was super cathartic to be able to express those feelings and it’s also kind of beautiful in a way that my very personal singular experience became a collective one because of COVID too.“

The video for “Room” is full of gritty visuals of live footage interspersed with shots of the band letting off roman candles captured by a yard-sale infrared camera. The show footage is pulled from the band’s first indoor show post-pandemic, at The Grey Eagle in their hometown.

Watch the video for “Room” below.

Tongues Of Fire also announce preliminary Southeastern US tour dates for this summer, with more shows likely to be added shortly. More details will be shared on the Tongues Of Fire social media channels as the final details are confirmed