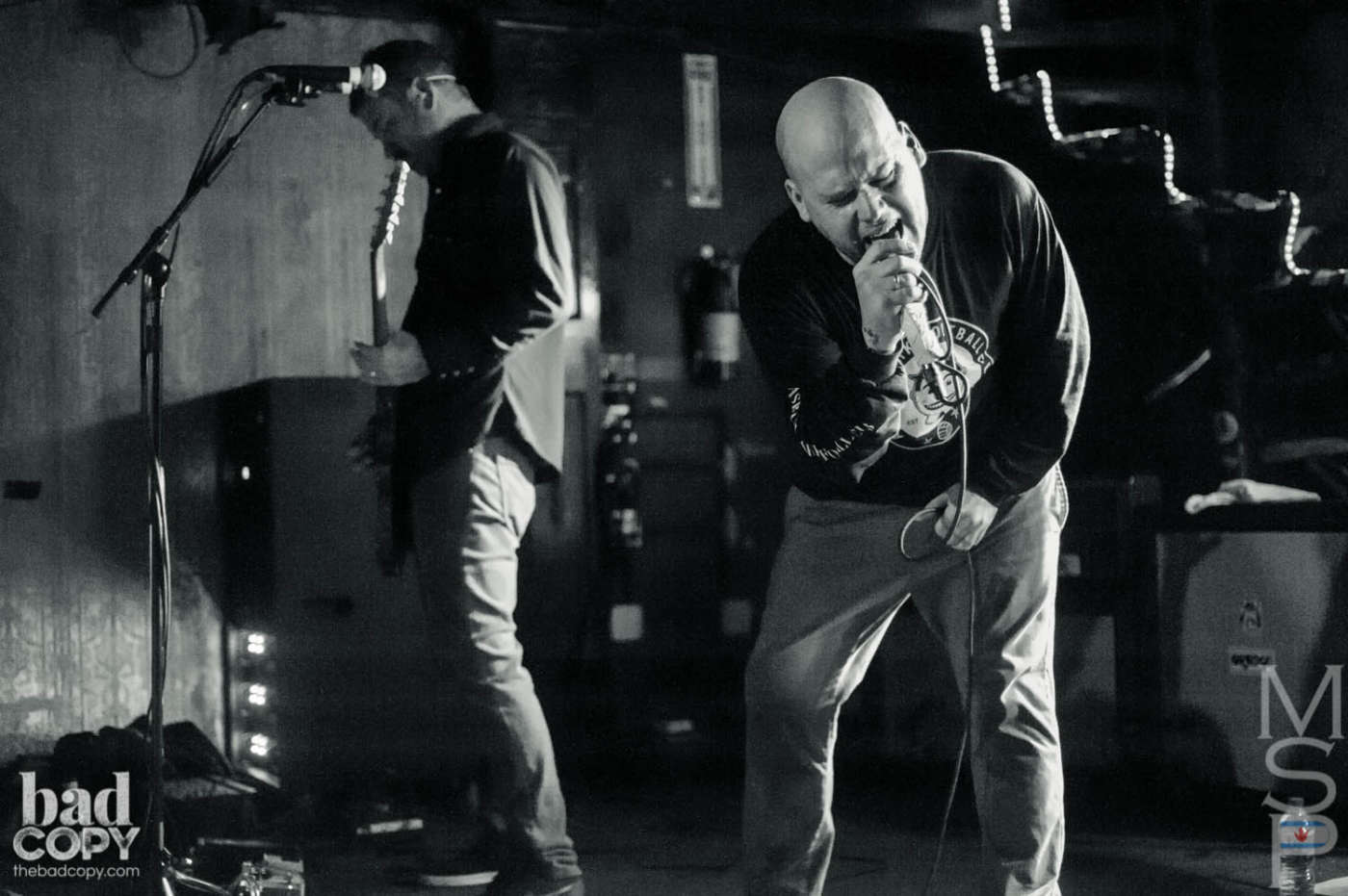 The best live band puts on one of their best shows to date to the shock of exactly no one.

When The Bronx are onstage or in the pit or crowd surfing overhead, not much else seems to matter. With bodies flying in all directions and the crowd surging like a school of fish dodging sharks set to the turbulent discord of one of the best live bands today, it quickly becomes apparent why. For me, the whole night leading up to their set had been one annoyance after another from not being able to use my flash to the most obnoxious trio of drunks I’ve had the displeasure of standing behind. But, none of that mattered because I was going to be seeing The Bronx in a tiny ass venue and it was going to be nuts.

The night started off strong with the explosive duo that is ’68. I had never heard of them and I wrote down in my notes that they somehow managed to condense intensity and technical proficiency of the Dillinger Escape Plan & The Fall of Troy blended with Queens of the Stone Age into two very talented people. Watching them was like witnessing two combatants at war with their instruments basically beating the shit out of them in an effort to push out the most explosive sound possible or destroy them trying. It was great. Finding out that singer/guitarist Josh Scogin used to be in The Chariot and Norma Jean explained a lot of that intensity. ’68 is definitely my favorite of the projects of his I’ve encountered and I will definitely look more into them.

Plague Vendor was up next. Of all the times I’ve been to their shows, having a supportive crowd eager to see them really made a difference. Their energy is always high, but vocalist Brandon Blaine seemed to be especially eager to play. Whether it’s getting down to their driving bass lines or vaulting off the kick drum, that man has got some fancy footwork and often reminded me of a sleazier version of resident boogie king of the punk rock world, Dennis Lyxen (Refused). It was a bummer to see Jay Rogers in a broken foot boot instead of strutting and strumming, but the rest of the group was more than capable of making up for it. I had a blast seeing a longer set spreading across both albums with spirit to spare.

This was the point in the evening that, despite the immense volume of the opening bands, the excessively drunken trio who had been irritating everyone in the vicinity by talking over the entire set and invading the stage to take self indulgent video was beginning to peak. Despite numerous warnings to stop having their fun at the expense of everyone around them, they carried on and were soon escorted out. There was much rejoicing.

With all said and done, a calm settled over the eager crowd. But tensions were mounting as the wait for The Bronx began. Unlike a prior trip to Palatine to see the band earlier this year, the room was packed with people hungry for what was in store. If there’s anything I’ve learned from previous Bronx shows, the crowd could be 50 people or 500 and it wouldn’t matter. The band possesses a certain special energy that few others today do. It’s the kind of something special that will bring a shit ton of people out for the first performance on the third day of a festival for the most memorable set all weekend. The crowd at SubT knew it and that’s why the upper level was probably the sparest I’ve seen it. A Bronx show isn’t something you witness; it needs to be experienced to truly be appreciated.

As soon as new banger “Sore Throat” kicked in, it was off to the races. Stage dives, crowd surfing, and extreme moshing were all instigated and constantly reinforced by vocalist Matt Caughthran. He was the conductor and the chaos that unfolded in front of him was his orchestra. Nobody puts together a set list like the Bronx and with their fifth self-titled album, otherwise known as V, available, the possibilities are endless. As they are want to do, the focus was on the heavy hitters like “Shitty Future”, “The Unholy Hand”, & “Knifeman”, but there were a few more mellow moments. “Side Effects”, “White Guilt”, & “Two Birds” all made an appearance to the delight of me and the temporarily relieved folks crushed against the stage. It didn’t take long before someone would drop Matt a beer from the second floor and insanity resumed.

With very little time for frills like leaving the stage before an encore because you’re too far into the crowd, The Bronx prove once again why they deserve every bit of praise heaped upon them. When a band comes to town with the promise of a good time, Chicago is always happen to answer in kind. This was easily one of the best sets I’ve seen from The Bronx, thanks large in part to the balance of material offered from each record. The band had fun. The fans almost certainly had even more fun. At this point, I will never miss a Bronx show if I can help it. The smaller the venue the better, but any size will do. I never know if I’m going to come out alive. But if I were to be crushed at one of their shows, I cannot say I would be mad to go out that way. 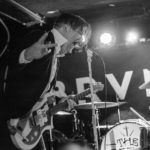 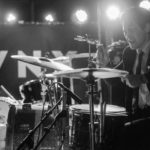 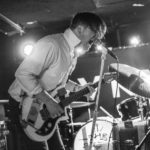 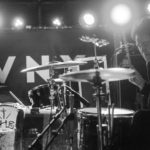 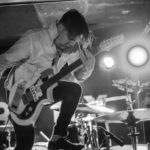 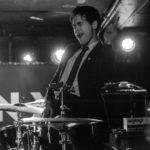 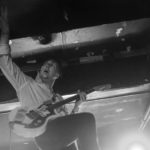 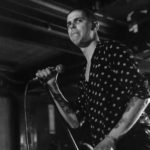 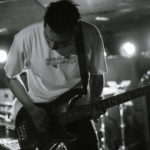 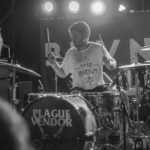 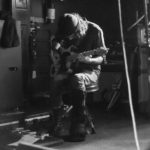 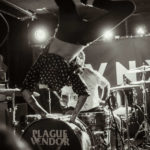 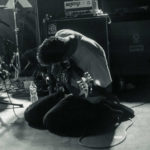 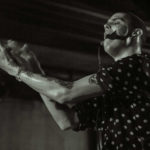 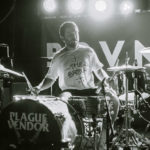 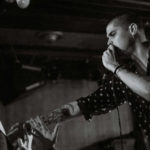 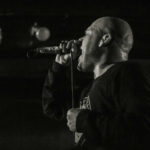 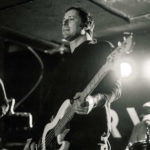 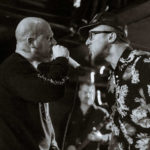 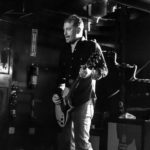 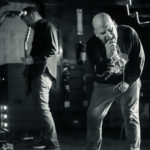 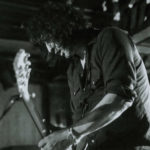 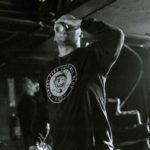 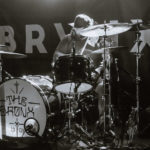 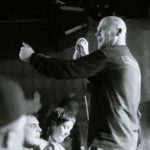 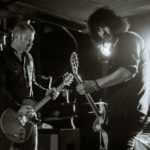 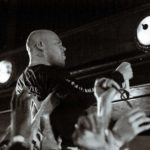 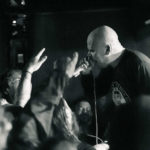