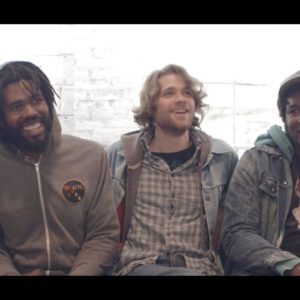 Rough Francis are a hard-edged, musically adventurous rock band from Burlington, VT, who also represent the second generation of some of the unsung pioneers of Midwest punk rock. In 1973, Bobby, Dannis, and David Hackney were three brothers from Detroit who had been playing in funk and soul combos but were inspired by the guitar-fueled mayhem and political rhetoric of , , and other high-energy bands from the glory days of Detroit rock. The Hackney brothers formed a band, Death, and in 1975 they released an independent single, “Politicians in My Eyes.” Death’s aggressive, attitudinal swagger and anti-authoritarian stance were clear precursors to the sound and spirit of the looming punk rock movement, and the record would have sounded prescient and surprising even if it weren’t for the fact the Hackney brothers were African-American.