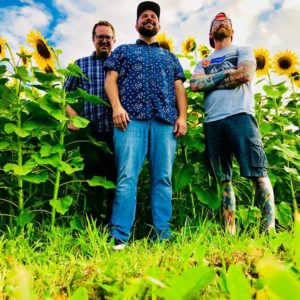 Being old and kinda lame in a new city, Jason was itching to play music again but quickly realized it’s hard to make friends in a new city (especially you’re old-ish and work at home making board games). So he called his friend, Ben Graham from Lansing who he’d known for 20 years from playing shows around Michigan but had never actually gotten to play music together. They went to each other’s weddings but that’s super boring stuff for punk rockers, right? (For what its worth, Ben should totally cater your wedding.)

Anyway, in 2017, Jason and Ben started writing songs and needed a bass player. A couple came and went. Then they realized their friend, Sean Murphy, who they had also known forever, was back in town and played bass when he wasn’t being a zookeeper!