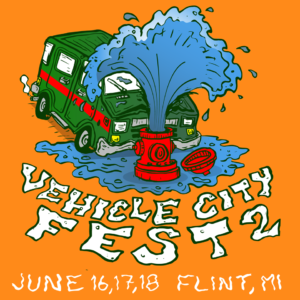 In December of 2015, Flint, Michigan made international headlines when newly elected Mayor Karen Weaver declared a state of emergency. Two years prior, Flint’s municipal water source was switched from the Great Lakes to the local Flint river, by a state appointed Emergency Financial Manager. As a result, the Flint river required additional processing that made water corrosive in nature. Flint being a victim of the collapse of the American auto industry, much of its infrastructure is very old and literally crumbling. Throughout the city, some water service lines laid in the early 20th century contained lead pipes and solder that the corrosive treated river water leeched into homes and other buildings. Thousands of children and adults were poisoned with lead, and the substantial human and financial cost to our struggling community will prove to be a difficult challenge for many years to come…

But there’s another side to Flint you haven’t heard about in the international media.

For over 30 years, while the auto industry collapsed, Flint’s DIY/underground music community kept the lights on downtown. Over the years, we’ve welcomed punk/hardcore/metal legends like ALL, Black Flag, Fugazi, 7 Seconds, GWAR, Slayer, the Suicide Machines, the Broadways, Tuesday, and current bands like RVIVR, The Flatliners, Somos, The Wild, and dozens more. We’ve even watched locals The Swellers, Chiodos, and Empire! Empire! reach levels of international success. Our DIY community has remained one of the strongest constants, despite whatever challenges the world throws at us.

As Flint continues to deal with the water crisis, Vehicle City Fest was organized as a means to celebrate the history of the DIY punk community in Flint, and to raise funds for children affected by the lead contamination. That’s why, after expenses, all proceeds of Vehicle City Fest will be donated to the Flint Child Health and Development Fund established by the Community Foundation of Greater Flint